View our selection of charter yachts built by Palmer Johnson 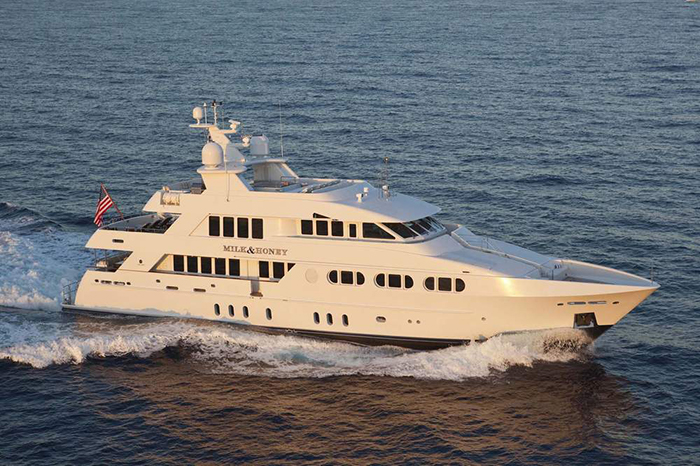 Driven by its humble beginnings as a builder of wooden boats, Palmer Johnson has since emerged as one of the premiere yacht brands in the world today.

Family run and customer-focused, Palmer Johnson has gained a reputation for its award-winning sailing yachts and popular Sport Yachts and SuperSport series — all of which have become known for their power, speed and sleek design.

With its shipyard first founded by Hans Johnson and Herman Gmack in 1918, and unnamed at the time, Palmer Johnson was known locally for building commercial fishing boats and facilitating boat repair. In fact, it didn’t launch its first sailing yacht until 1926. In 1928, its reputation as a small, high-quality yacht builder began to grow — and with the introduction of the brand’s first wooden yacht that same year, the company continued to get orders for more. In 1956, having gained countless prestige, the company was bought by a group of Sturgeon Bay business men, who officially gave Palmer Johnson its well-respected name.

Aside from its popular wooden yachts, Palmer Johnson gained a name for itself for its cutting-edge construction process; it was the first yacht builder to use modular production and 3D engineering, and it pioneered the use of aluminum and carbon fibre in yacht building. Its championship sport yachts are valued for their design, performance and speed; core factors that carry out through all facets of the brand’s activity.