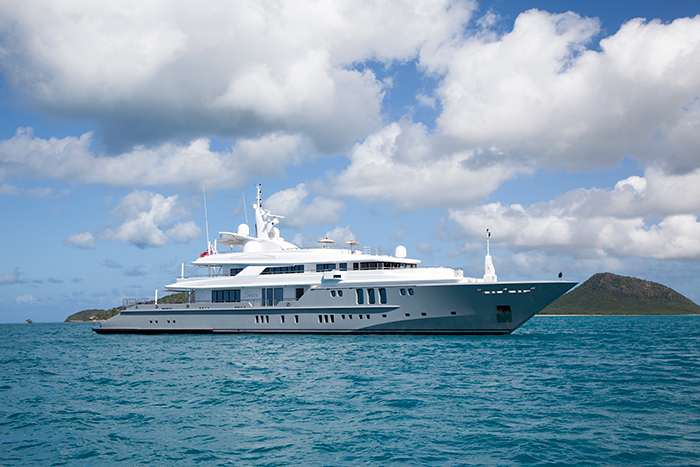 With a strong history of shipbuilding experience going as far back as 110 years, Nobiskrug has gained a reputation for its ability to design and build timeless and unique super yachts measuring all the way up to 400 meters in length.

Working closely with all yacht owners to make sure each vessel is completed to their demands, Nobiskrug’s plentiful custom-built yachts are further supported by an even stronger history of excellent German craftsmanship. Blending this skill with modern technology, Nobiskrug’s super yachts are positioned to last for decades to come; and are primed to fit seamlessly as far into the future as the 22nd century.

Located on the Eider River in Rendsburg, Germany, Nobiskrug Shipbuilding Company – named “Nobiskrug” for the mythological definition of the word, “the last stop in this world on the way to the next” – has become particularly famous for three of its creations: the 73-meter luxury motor yacht Siren, the revolutionary hull of its 74-meter motor yacht Mogambo, and its 92-meter custom super yacht, Tatoosh.

Originally founded by Otto Stork in 1905, this legendary shipyard prides itself on its stealthy team of experts, who are involved in every stage of construction, from production to timely delivery. As part of their core values, every employee is trained in the German apprenticeship system and taught to take care of even the most minute details. Today, the Nobiskrug name symbolizes the dedication of true German craftsmanship, stemming from its inherent values and a 100+ year history of experience in the mega yacht market.