View our selection of charter yachts built by Mangusta 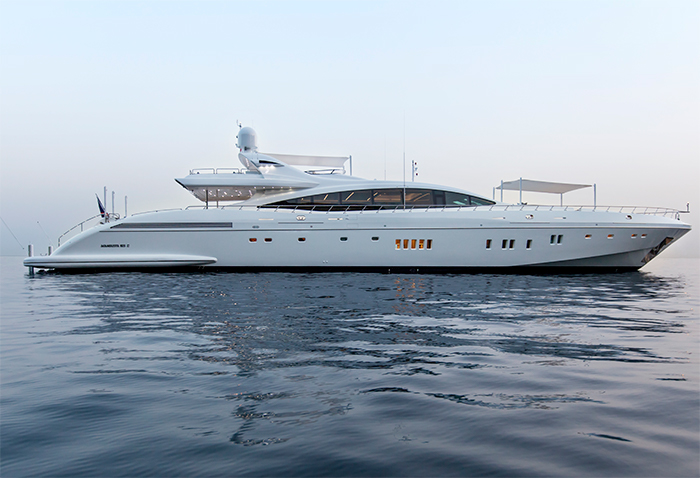 Known for their fast, stylish and luxurious open-style motoryachts, Mangusta Yachts, owned by Overmarine, are regarded for having some of the sleekest yachts on the market.

Characterized by their length, power, open-bridge layout and speed, Mangusta’s yacht fleet ranges between 72- and 165 feet and can reach speeds of 50 knots or more.

Based in Viareggio, Italy — dubbed “the capital of semi-custom-built yachts” — Mangusta’s yachts are a result of the exquisite work of designer Andrea Bacigalupo, the Rodriguez Group and Overmarine, who work together to launch vessels with only the best and most advanced technology, design, styling and state-of-the-art construction.

Popular amongst celebrities, A-listers and yacht aficionados alike, Mangusta yachts can often be found in some of the hottest destinations in the world, including: St Tropez, France and Porto Cervo, Sardinia, to name a few. For many years now, many of Mangusta’s day and inshore charter yachts have been found cruising the Mediterranean Sea, namely along the French and Italian coast. Now, considering how much the brand has expanded in recent years, Mangusta’s fleet of larger yachts has made it a namesake for more than just day yachts.

Additionally, of all its accomplishments, Mangusta is most known for its Mangusta 165, which is currently the largest Maxi-Open series yacht in the world.

Mangusta Charter Yachts
Looking for the perfect boat for your charter?
We have access to over 1,000 charter yachts and not all of them are listed on our website.
Yacht Search
Or Contact us