View our selection of charter yachts built by Heesen 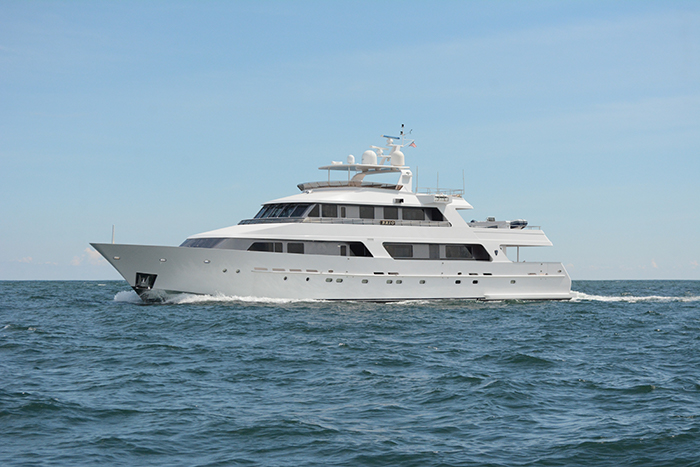 Combining outstanding performance with efficient fuel consumption, cutting-edge technology, advanced engineering and avant-garde design, the Netherlands-based Heesen has gained a reputation for being one of the most respected yacht builders in the yacht world.

Founded in 1978 by entrepreneur Frans Heesen – who originally bought the Striker Boats shipyard with the dream of using the space for another business – this luxury yacht brand launched its first ship, the 20-meter Amigo, just one year later. Since then, it has become a world leader in the design, engineering and construction of high-performance motor-yachts, building nearly 170 yachts during its 35 years in existence.

In 1988, just ten years after it first opened, Heesen broke a record that put its name on the global stage. Commissioned by American entrepreneur John Staluppi to build a yacht that could go faster than 50 knots, the Octopussy 007 was built. At that time in history, this custom-built yacht was the fastest on record, documented as reaching 53.17 knots at its best.

Today, the Heesen brand prides itself on continuing to deliver high-quality superyachts ranging between 30 and 80 meters in length, and on request, even longer. Heesen yachts are sleek, reliable, technologically sound and desired by prominent yacht enthusiasts from across the globe.

Looking for the perfect boat for your charter?
We have access to over 1,000 charter yachts and not all of them are listed on our website.
Yacht Search
Or Contact us