View our selection of charter yachts built by CRN Ancona 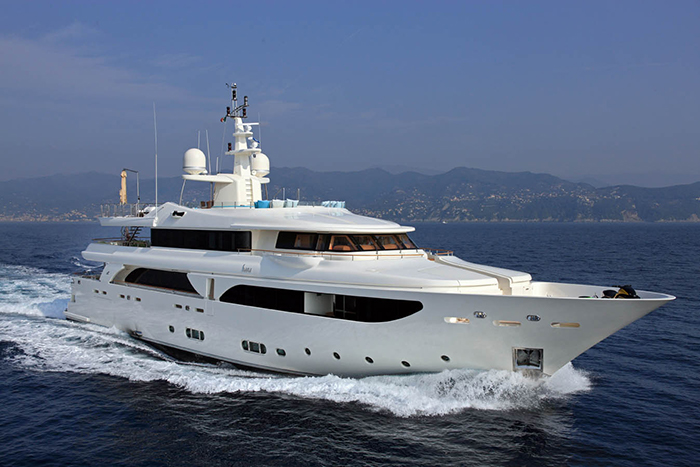 First founded in Ancona, Italy in 1963, CRN eventually became part of the Ferretti Group in 1999 – and since then, it has become regarded in the yacht world for manufacturing and selling some of the best, fully customized 40- to 90-meter long steel and aluminum mega yachts.

Originally named Costruzioni e Riparazioni Navali by entrepreneur Sanzio Nicolini, its first founder, the name was later shortened to its acronym, CRN. Its shipyard is nearly 80,000 square meters in size, making it capable of housing megayachts of up to 90 meters in length.

With more than 50 years of history in its back pocket, CRN has become one of the largest yacht manufacturing companies in the European market. Its shipyard has a large private marina; three large docks of 100, 100 and 40 meters, respectively; and a port that opens up onto the Adriatic sea.

Inspired by passion, innovation and client preferences, the brand prides itself on building each ship with the highest levels of Italian design, grace and construction. Its in-house engineering and design team collaborates with some of the most recognized names in yacht design, and the brand, as a whole, is constantly forging new frontiers and finding cutting-edge solutions to make each yacht the absolute best that it can be.