View our selection of charter yachts built by Baglietto 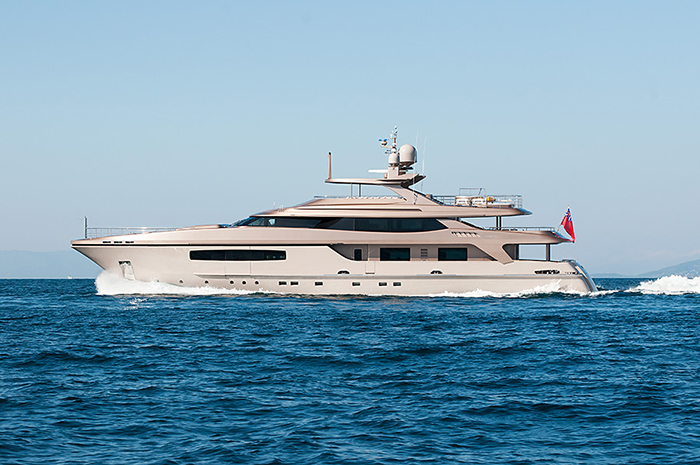 Originally popular for its sailing yachts, which went on to dominate the Mediterranean racing scene, today, Baglietto is regarded for the chic, modern design, state-of-the-art technology and impeccable style of its full fleet of yachts.

Established in 1854 by Pietro Baglietto, it wasn’t until the 1950s and 60s that the yacht brand built its very first fleet of high-performance motor yachts, all of which maintained top speed records for decades after. In the 1980s, Baglietto built its first high-performance aluminium superyacht, which stunned yacht aficionados with its ability to exceed speeds of 35 knots, followed by its first super-sized sports yacht in the early 1990s. Today, Baglietto is a world leader in fast aluminium, open-style motor yachts, as well as displacement and semi-displacement motor yachts.

Over the past fifty years, the sleek styling of Baglietto yachts has been majorly influenced by the brand’s advanced Italian design – further evident in an entire series named after the Italian islands: Elba, Ischia, Capri, Minorca and Majorca, as well as the ensuing ‘M’ series of superyachts. Baglietto was acquired by Gruppo Camuzzi in 2004 and has since transformed into a much larger, international group with two shipyards: a 19,000 square-meter Cantieri Navali Baglietto yachts yard in Varazze, and a 32,000 square-meter shipyard in La Spezia.

Looking for the perfect boat for your charter?
We have access to over 1,000 charter yachts and not all of them are listed on our website.
Yacht Search
Or Contact us