The answer seems obvious. Space is infinite and out of reach, while the oceans are finite and limited to our planet. We have been sailing the oceans for centuries, while space exploration is less than a century old.

We must know more about the oceans, right? How could our oceans contain more mysteries than outer space?

In truth, the answer is complicated. Although we’ve been cruising the oceans for much longer, much of the ocean remains uncharted, unexplored and unseen by human eyes. In fact, the percentage of the oceans that have been explored, just might shock you. 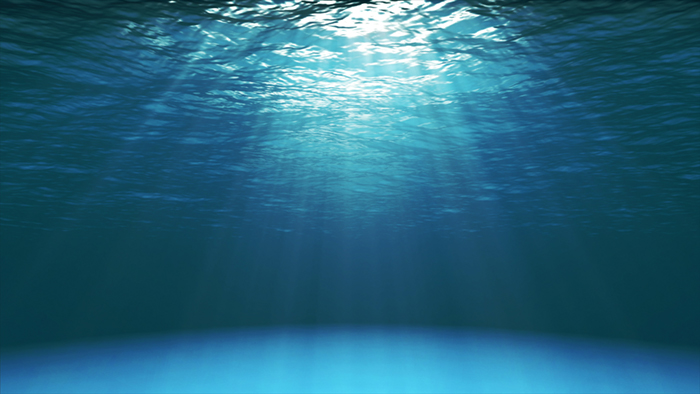 How Much of the Ocean Have We Discovered?

Nautical exploration is as old as humans. There were sailors and sea merchants mentioned in the Bible, and maritime travel and commerce was common during the ancient period, as the Romans and Greeks both took to the seas to explore.

And today, we remain committed to sea travel. From the global shipping industry, to luxury yacht charters, hundreds of thousands of nautical miles are covered each day around the world. Yet, despite our oceans being more trafficked than ever, they remain mostly a mystery.

So how much of the ocean has been explored? According to the National Ocean Service, it’s a shockingly small percentage. Just 5 percent of Earth’s oceans have been explored and charted – especially the ocean below the surface. The rest remains mostly undiscovered and unseen by humans.

How Much of the Ocean Have We Explored?

Why do we know so little about the oceans? And why haven’t scientists explored 95 percent of them?

Well, there are two reasons ocean exploration is so difficult. For starters, the technology used to chart the oceans and ocean floors is relatively new. Ocean satellites, scientific buoys, deep sea submarines, and advanced sonar have only been used in ocean exploration for the last 50+ years. And as this technology improves, scientists have been able to discover more of the oceans and map a greater percentage of the ocean’s floors.

Yet, even with technology improving, there is still a major challenge, and that’s that the ocean is so vast. Consider this: At its deepest the ocean is 7 miles deep. This abyss is located in an area near Guam known as the Mariana Trench, which is located near many popular yacht charter destinations.

In other words, under the surface the oceans contain about 99 percent of livable space on the planet. And it’s this area below the surface that scientists know very little about. So why is underwater ocean exploration so difficult?

For one, satellite imaging can only be used to study the surface of the ocean. We can chart water temperatures, color (an indicator of plant life), and water levels. But below the surface, our satellites don’t do much good.

Additionally, the conditions under the ocean make exploration a battle of extremes. At the deepest part of the ocean, pressure is significant – it’s the equivalent of having 50 airliners on top of you. And that’s significantly more pressure than the body can handle. Additionally, the depths of the ocean are extremely cold and dark, and that makes traveling there difficult for scientists. In fact, it’s easier to send a person to space than it is to send one down to the bottom of the deepest part of the ocean.

In short, we’ve only explored 5 percent of the oceans, because exploring the depths is so treacherous and difficult.

How Much of Space Have We Explored?

Space exploration is much newer, yet, it seems scientists have made more progress. In space, we can see out great distances, and using powerful telescopes scientists can make discoveries about the vast universe around our solar systems.

How Far Can We See Into Space From Earth?

The visible universe represents the parts of space that we can see using telescopes. Yet, scientists do believe the universe may be large than what’s visible.

Currently, we can see very deep into space. In fact, in 2003, the Hubble Telescope recorded some of the furthest galaxies from our own. The further was 13.2 billion lightyears away, meaning it took 13 billion years for the light created by the galaxy to reach our own.

That’s right. 13 billion light years! In other words, the universe is seemingly infinite. But with the advanced imaging technology, astronomers can move more quickly in making discoveries. And although it may take another 1000 years before we can begin exploring these distant planets, because we can see them, we know that they exist.

***
Now you know how much of the ocean we have discovered, and just how close that’s related to our knowledge of space. We know very little about these two worlds, and they’re both mysterious and uncharted.

So next time you’re on the water – maybe on a yacht charter in the Bahamas or in the Mediterranean – you’ll know that it’s possible you’re sailing over depths that remain unexplored.