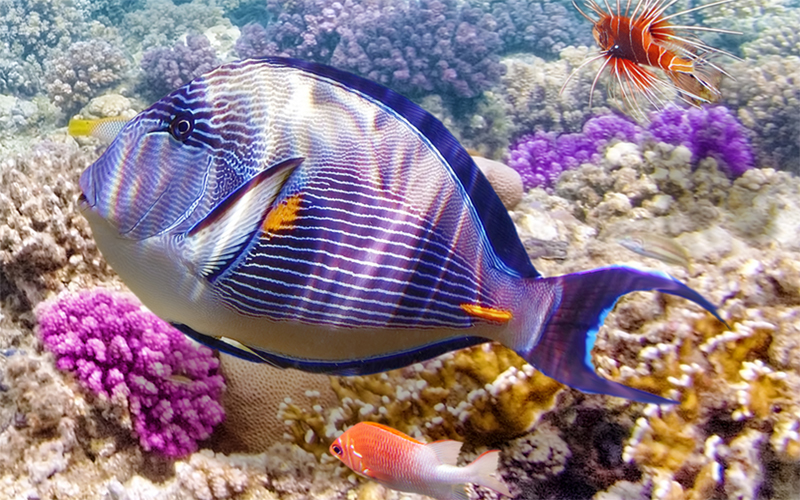 Tahiti and the Society Islands of French Polynesia attract yacht charter guests not just due to the fabulous climate and beautiful scenery but also because of fabulous diving Tahiti offers.

While the islands themselves – from the top of lush mountain peaks to the pure, white sand beaches – offer a myriad of opportunities for fun and adventurous yacht charters, it is the water that attracts most visitors.

The calm, turquoise waters of the South Pacific hide a new realm of excitement that yacht charter guests should embrace to learn about this unique marine ecosystem.

SCUBA divers are drawn to the area’s array of sea creatures, including some of the larger marine population, such as grey sharks, hammerheads, dolphins, and the interesting-looking Napoleon wrasse. Some of the diving on Tahiti yacht charters is done in shallow lagoons while some involves adventurous deep dives that require skill and bravery.

In the six main islands of the Society Islands, there are numerous exciting diving sites for every type of diver, from beginner to the experienced. 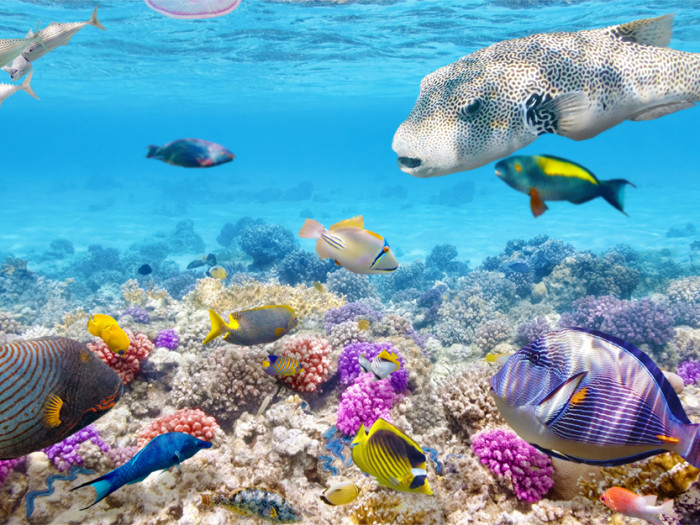 Papeete: Located ten minutes from the center of Papeete, Tahiti’s capital city, Shark Valley is known for its stunning coral reef. As one might expect from its name, you’ll see lots of sharks in this antler and boulder coral, including grays and black-tips. This is a feeding encounter, as are most in French Polynesia, and you might have to fend off some large triggerfish to actually feed the sharks.

Faa’a Lagoon: Intentionally sunk in 1967, this vessel was originally a World War II wooden minesweeper, before being converted to a schooner used to ferry between the islands. Its infrastructure has collapsed, but it is lying in 20 to 55 feet of water with plenty of fish hiding within. Nearby you can also dive a twin-engine Catalina seaplane, which offers access through a cargo door.

Tapu: Situated along a sloping reef, this diving site is a flurry of activity with bright snappers and butterflyfish attempting to get their fill while avoiding the black-tip reef sharks and the lemon sharks, with their protruding teeth. Some of the lemons are quite large at 7-feet long, but still all of the marine life here appears to be quite tame due to the constant interaction with divers.

Muri Muri: The water here is so clear that you may have as much as 120 feet of visibility. The corals are vibrant colors and you’ll be sure to see gray reef sharks. You may also chance upon the resident turtle who grazes on the algae-covered antler corals and keeps to himself.

Miri Miri: located off the northwest of Raiatea, this gently sloping reef sits in clear water protected from motion of the waves. Sometimes it’s referred to as Napoleons of Miri Miri, because of the constant groups of giant Napoleon wrasses while others call it The Roses because the excessive Montipora coral resembles a beautiful carpet of roses.

Nordby: A century-old, iron-hulled, Danish merchant vessel with three-masts that was sunk off Raiatea’s eastern coast during a storm in 1900. You’ll be able to explore the interior and can see the anchor, chain, two of the masts, and the rudder. The myriad of fish here include angelfish, lionfish, and Moorish idols.

Tiki: You’ll have at least 100-foot visibility at this hard coral slope that houses schools of blue-lined snapper, cardinalfish, and bigeye. The sharks consist mainly of gray reef, black-tips, and the occasional lemon shark.

The Canyons: Located near Oponohu Bay, the fish here come alive when the bait is lowered. You’ll be sure to see colorful tropical, including butterflyfish, snappers, and triggerfish as well as plenty of lemon sharks.

Avapeihi Pass: This beautiful island offers something for everyone, with beginner diving sites in the quiet lagoon and more experienced level diving in the outer reef and current-filled passes. During the outgoing current, predators such as barracuda and sharks hunt for fish. A plateau forms at fifty feet that drops gently to a sandy bottom at eight-feet.