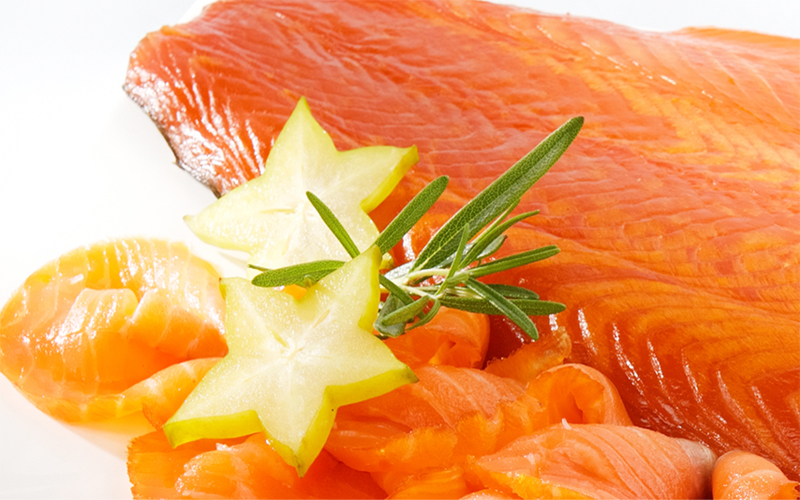 Even though it’s a small country, Norway has one of the longest coastlines in the world. From cascading waterfalls all the way to its deep, seemingly untouchable fjords, Norway has a community that depends, and thrives, on its cold, clean water.

Spurring both the nation’s economy and its locally inspired restaurant scene, Norwegians are known for catching and preparing top-quality fish. While any fish is fair game, two of the most popular in Norway are salmon and Arctic cod.

Fish aside, meat is also a popular Norwegian dish — due in large part to the country’s cold climates, and its people’s resulting need for comfort food. In addition to the most traditional meat dish, lamb, annual hunts bring back wild moose, deer and even reindeer. When hunting in Norway’s vast forests, locals will also find a range of wild berries and fruits, just perfect for making another Norwegian specialty: jam.

Next time you’re on a yacht charter in Norway, make sure you anchor your yacht and go ashore to try Norway’s delicious, hearty cuisine. When you do, try the classic Norwegian dishes listed below — they’re some of the nation’s most popular plates.

Smoked Salmon: Salmon is critical to the Norwegian diet. Why? Because thanks to the area’s colder temperatures, the fish take longer to grow, thus developing a richer flavor in the process. It is mostly served smoked and on its own, which is a dish called Røkt Laks. Another popular way to serve salmon is “gravlaks,” which bathes the salmon in salt, dill and sugar and dry-cures it for 24 hours.

Tørrfisk: Another popular Norwegian fish dish is tørrfisk, an unsalted and cold air-dried fish — usually cod — that has been part of Norwegian tradition since the 12th century. Because it is cold-air dried, tørrfisk has a shelf life of up to several years. The fish is matured slowly, giving it a much richer flavor.

Kjøttboller: Seafood aside, Norwegians love their warm, comfort food — so meat dishes can be found on every menu. Similar to Swedish meatballs, kjøttboller are fried, loosely bound patties of beef flavored with ginger and nutmeg. These meatballs are typically drizzled with a cream sauce or thick gravy and served with mashed or boiled potatoes.

Fårikål: Another way to warm up a cold country? With thick, hearty stew. Fårikål is a robust stew made of mutton, cabbage, peppercorns and salt. It is usually served with a side of potatoes, and the dish is so popular that Norwegians host a Fårikål Feast Day, at the end of September, to pay homage to this favorite dish.

Krumkake: If you’re craving something sweet, order a krumkake. Made of paper-thin rolls of a waffle-like pancake, krumkakes are cone-shaped delicacies filled with whipped cream or other sweet fillings. They can be eaten for dessert or as a snack, and are the perfect way to curb any sweet tooth.

Smalahove: Made from a sheep’s head, smalahove is one of Norway’s most unusual dishes. The whole head is seasoned with salt and air-dried, and then served with mashed potatoes or rutabaga. The brain can be boiled with the head or removed prior to cooking, fried, and eaten separately. Smalahove is typically a holiday dish, and is often eaten in Norway for Christmas.