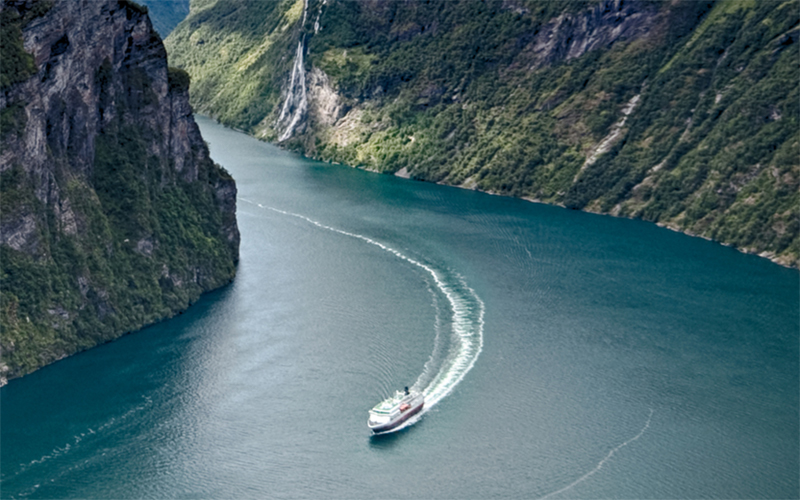 When on a yacht charter in Norway, visiting the fjords are an absolute must. Spread across Western Norway, these narrow fjords were created by a succession of ice ages, centuries ago, and they haven’t changed much since.

Today, Norway’s famed Fjords are strewn between tall mountains, cascading waterfalls, and glaciers, and are home to vast wildlife, like seals, eagles, whales, fish and more. Wander into its bordering villages, and you’ll find a local, nature-inspired lifestyle, with each community built around the strengths of its residents.

With individual fjords even named a UNESCO World Heritage Site, the fjords are some of the most astounding landscapes in the world. Their natural beauty comes from their steep, narrow crystalline rock walls; most of which rise as high as 4,593 feet and go as deep as 1,640 feet below the Norwegian Sea. 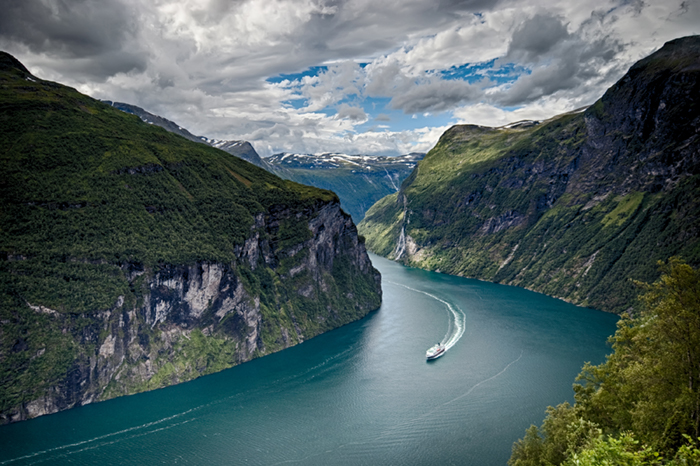 Going on a luxury yacht charter in Norway? If you do, make sure you sail through the fjords. While there are currently 1,190 fjords to see, checkout some of our favorites — like the ones listed below.

As the southernmost of country’s largest fjords, Lysefjord stretches 24 miles in length, and ranges from 42 to 1,400 feet deep. It is surrounded by towering mountains, and is home to famed landmarks like the Pulpit Rock, in Forsand, and Mount Kjerag, on the southern side of Lysefjord, in Rogaland.

Stretching 22 miles in length, Hjørundfjord is a fjord arm of a larger fjord, Storfjorden. It is surrounded by dense forests and the dramatic mountains of the Sunnmørsalpene mountain range, with some peaks as tall as 5,600 feet. Adding to its allure, Hjørundfjord is dotted with several small villages, like Bjørke, Leira, Viddal and Urke.

Regarded as the reigning “queen” of Norway’s fjords, Hardangerfjord is characterized by spellbinding scenery you just can’t find anywhere else; like mountains, waterfalls, glaciers, orchards, blossoming fruit trees and more. The Nærøyfjord is an arm of the Sognefjord and has been dubbed a UNESCO World Heritage Site. Stretching 111 miles in length, Hardangerfjord is the second longest fjord in Norway.

As Norway’s longest fjord, and the second longest in the world, Sognefjord runs inland for 127 miles and reaches depths of 1,300+ meters. Often referred to as “The King of Fjords,” Sognefjord also includes part of Jostedalsbreen, the largest glacier in all of continental Europe. This part of the world is regarded as one of the most beautiful travel destinations, namely due to its unique landscapes: like glaciers on mountaintops, green farmlands and deep, cascading fjords.

Dubbed a UNESCO World Heritage Site, Geirangerfjord is one of Norway’s most popular tourist destinations. It is lined with cascading water falls and a number of abandoned farms, like Skageflå, Knivsflå and Blomberg, to name a few. The two most notable waterfalls in this part of the world are de Syv Søstre, which translates to “the seven sisters,” and Friaren, which translates to “the suitor.” The two waterfalls sit on opposite sides of the fjord, facing each other; leading to the belief that “the suitor” is trying to seduce “the seven sisters.”