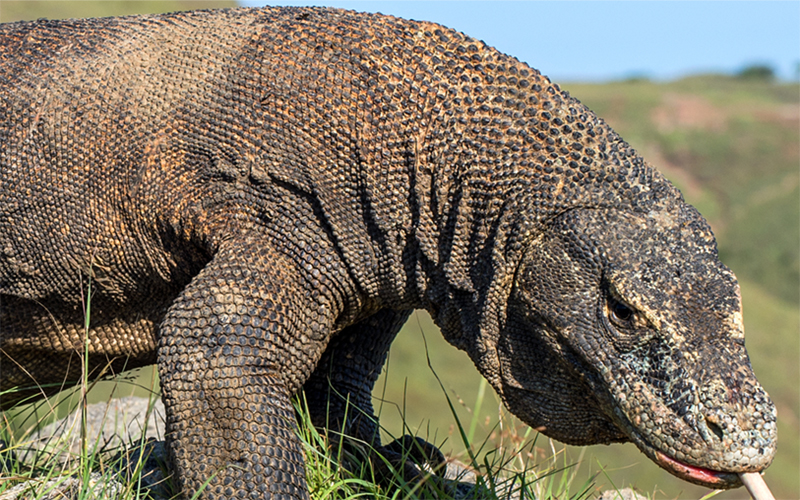 Indonesia’s Komodo National Park consistently ranks as one of the world’s most-visit nature parks. That makes a lot of sense. This UNESCO World Heritage Site is remote, exquisitely beautiful, and full of rich biodiversity. Not to mention, the park was named one of the New Seven Wonders of Nature.

Of course, the namesake Komodo dragons are what most visitors want to see. These massive lizards – the world’s largest lizard species – can measure 8 feet long and weigh up to 200 pounds. Komodo National Park is the only place in the world to see these amazing creatures.

If you’re headed to the park – which is comprised of roughly 30 islands – there are a few places you should go for your best shot of seeing the dragons in the wild. We’ve highlighted everything you need to know, where to go, and a few other places to visit while visiting Komodo National Park.

Where to See Komodo Dragons

You’ll find Komodo dragons living on just a few of these islands, though. And during guided nature hikes, you can encounter these massive reptiles– up close and personal.

In particular, the best time to visit the park is during the dry season – April to early December – although you’ll be able to see the dragons no matter the time of year. Here are a few spots to see the dragons:

Where Else to Go in Komodo National Park

Beyond the natural habitats of the dragons, there are many other islands to see in Komodo. A few other must-see destinations include:

What Else to See and Do in Komodo National Park

A chance to see Komodo dragons in the wild is the real draw to the Komodo National Park. But there’s plenty to do and see. Some of the best include:

Plan a dream yacht charter vacation in Komodo National Park and see the dragons up close! Contact your broker with Worldwide Boat today to learn more about our options in the region.