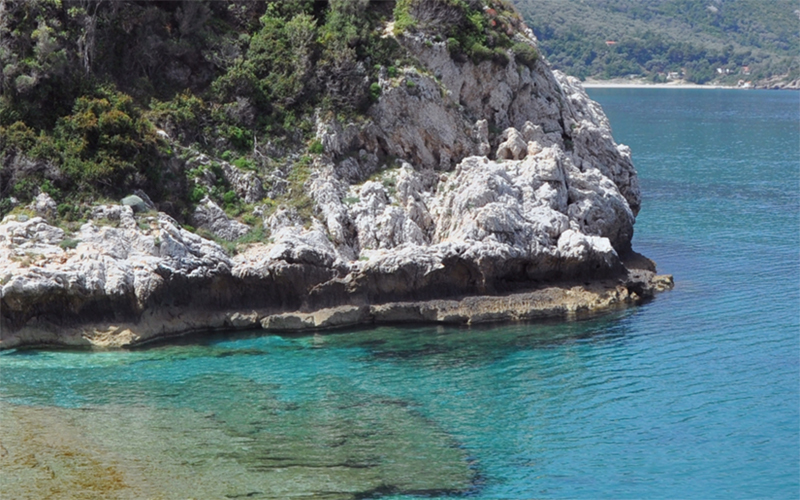 Explore Samos on your luxury yacht charter in Greece

With its natural purity, cascading mountains and hills, mythical past, and robust, ancient history, the verdant island of Samos is as unique as it is large.

Boasting a temperate climate and fertile soil, this island is known for growing endless vines of olives, as well as its verdant vineyards that still produce only the finest, local samiotiko wine.

According to Greek mythology, Samos was the birthplace of the goddess Hera; to whom residents paid homage with an ancient temple whose ruins still attract visitors today. Historically, the island of Samos was home to Pythagoras, one of the most famous philosophers and mathematicians in ancient history, balanced only by the island’s modern tourist amenities – like its luxury boutique hotels, pristine beaches, and tasty bars and taverns.

Floating off the coast of Turkey, Samos’ impressive history with a modern twist is paralleled by its ingenuity. Stretching 1,036 meters in length, the Tunnel of Eupalinos – an underground aqueduct built in the 500s BC – was constructed to connect both sides of the mountain and supply water to the ancient capital of Samos. It is thought by many to be the eighth wonder of antiquity, and an engineering feat that proves Samos was scientifically ahead of its time.

Reserve your private Greek yacht charter today for your next cruise through the Aegean Sea, and discover the beauty and history of Samos for yourself. Mytilinioi: Inhabited by Megatherions, Samotherions, and other rare animal species during prehistoric times, Mytilinioi is one of the largest and most active villages on the island of Samos today. Settled by residents of Mytilini in the 1700s, this village was once known for its tobacco plantations. Today, it is recognized across the world as being the site of unique archaeological discoveries, from prehistoric animal fossils to ancient ruins of Samos’ poignant history and significance.

Megalo Seitani: Accessible only by foot, the secluded beach of Megalo Seitani is one of the island’s true buried treasures. Covered with soft, white sand and pebbled shorelines, and surrounded by lush green mountains and the perfect blue waters of the sparkling Aegean Sea, Megalo Seitani offers locals and travelers alike a perfect escape; one basked in the island’s natural wonder.

Heraion: An ancient temple dedicated to the Greek goddess Hera, both wife and sister of Zeus, all that remains of the Heraion is the singular column, Kolona. Highly regarded, in Greek mythology, for her defense of marriage and monogamy, Hera was believed to spend most of her time preventing Zeus from having marital affairs. Located near the river Imbrasos, Heraion is believed to be the place where Hera and Zeus took their 300-year honeymoon. Just southwest of Pythagoreion, and slightly secluded from the island’s popular villages, Heraion is a true haven of serenity; fitting, when you consider it was erected to honor one of Greece’s most popular celestial beings.

Pythagorio: Named for the area’s most famous philosopher and mathematician, Pythagoras, the village of Pythagorio is popular for its natural beauty, plentiful tourists, characteristic red-roof houses, charming ambiance, and quaint, narrow passageways. Built around the center of the island, the bay, Pythagorio is perfect for avid yachters, local fishermen, historians, and sunbathers alike; all who appreciate this picturesque village for its unique personality, welcoming inhabitants, and seemingly surreal enchantment.