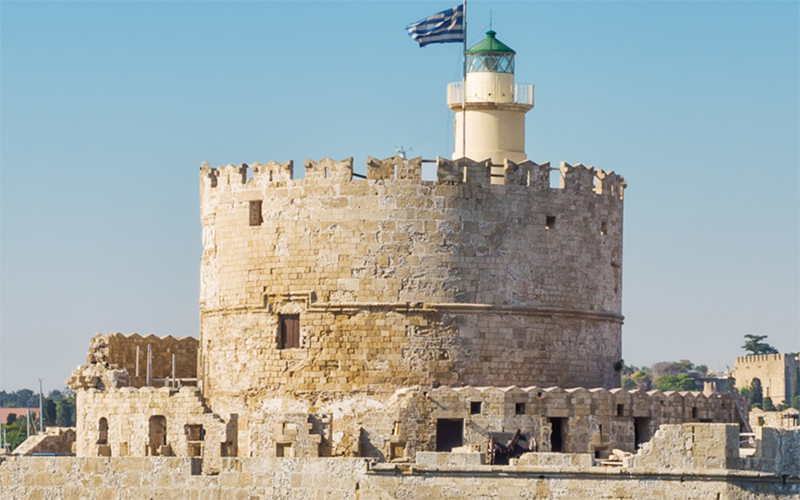 Explore Rhodes on your luxury yacht charter in Greece

As the largest of the Dodecanese Islands and the archipelago’s very own capital, Rhodes has something for every type of yacht charter guest. Known for its lush, rolling hills, translucent waters, impeccable beaches, and verdant valleys, this idyllic island is a yachter’s paradise.

Boasting a robust history – transitioning from significant seafaring and trading village in the 400s BC to a thriving medieval metropolis under the rule of the Knights of Saint John of Jerusalem in 1309, to the conquered victims of Turk and Italian rulers, and finally, to a World Heritage Site in 1988 – Rhodes is as ancient as it is beautiful.

Today, this Greek island is the meeting point of both cosmopolitan and traditional lifestyles. Wind back through Byzantine history on it’s tiny, cobblestone streets, go out for drinks and dancing at one of its plentiful nightclubs, or take a stroll through the perfectly poised town of Lindos; where white, square houses cascade down the island’s hills, just barely gracing the shores of the Aegean Sea. No matter what you do, Rhodes promises a relaxed adventure with a modern twist, unlike any other escape you’ve ever taken before.

Stop by Rhodes during your next yacht charter in Greece, and experience the magic and enchantment of one of Greece’s most historic, and beautiful, islands.

Old Town: Rhodes’ Old Town is the meeting point of some of the world’s most diverse cultures, all encapsulated within Medieval walls housing more than 2,400 years of history. As one of Europe’s most impressive Medieval towns, both in size and authenticity, Old Town is filled with fortress-like buildings, ancient walls, antique gates, pebbled alleyways, cobblestone squares and historic, but idyllic fountains. Taking visitors a step back in time everywhere they turn, Old Town is home to The Palace of the Grand Master; once a Byzantine fortress and the 14th-century residence of the Grand Master of the Knights of the Order, and today, a museum.

Street of the Knights: Located in the heart of Old Town, this cobblestone corridor is one of Europe’s few remaining authentic Medieval streets. Lined with historical Medieval inns, which once housed soldiers in the Order of the Knights, the street ends at the island’s lively Museum Square. This popular locale is surrounded by the Archaeological Museum – situated inside the Hospital of the Knights – as well as the Church of Our Lady of the Castle and the Byzantine Museum; which, at various points in Rhodes’ history, was both the Orthodox Cathedral of Rhodes and the Catholic Cathedral.

Rodíni Park: Bringing to life everything that is idyllic about the Greek islands, Rod í ni Park is one of Rhodes’ most picturesque natural habitats – a verdant combination of native trees, flowing streams, winding pathways, and vibrant, colorful peacocks. Once the locale of the world-famous School of Rhetoric, Rod í ni Park welcomed some of the brightest minds in Greek and Roman history – like Julius Caesar, Brutus, and Cicero, to name a few- who studied there to hone their ancient craft.

Petaloúdes: Named after the Greek word for “butterfly,” Petaloúdes has become famous for – you guessed it – the Valley of the Butterflies. As the name implies, this natural wonder is home to countless Panazia Quadripunctaria butterflies, flittering around aimlessly amidst lush, winding pathways, colorful flora, and flowing streams. Second to this in popularity is the Festival of the Virgin Mary, which lights up the area’s already lively villages of Kremastí, Paradísi, and Theológos in mid-August.

Lindos: As unique as it is beautiful, Lindos is a true, Aegean gem. As you approach this glistening city, visitors will take note of the area’s crystal blue waters, throngs of perfectly placed Cypress trees, lively boutique stores, local eateries and bars, and majestic acropolis: known across the island as having the most magical views in all of Greece. Wind your way through the village’s hidden pathways, often dotted with donkeys, and you’ll find yourself in the middle of ancient history with a whimsical twist; the result of a fusion of structural remains stemming from Byzantine, Frankish, and Turkish history.