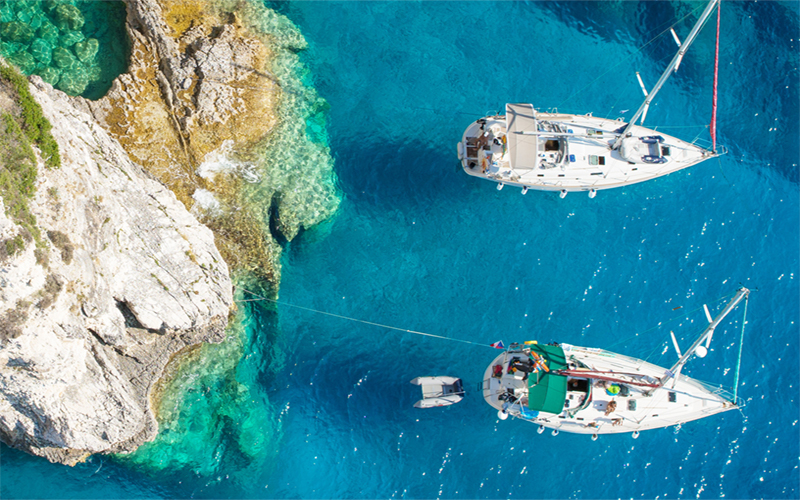 Explore Paxos on your luxury yacht charter in Greece

With its verdant hills, rocky Mediterranean coastline, and abundant olive trees, Paxos — the smallest of the inhabited Ionian islands — offers yacht charter guests a true glimpse of paradise. Its vibe is equally tranquil, steady and an embodiment of the traditional Greek lifestyle.

An ideal getaway from the hustle and bustle of daily life, Paxos has an intimate charm all of its own. With its secluded coves and unspoiled beaches – many of which are accessible only by boat, and all of which are surrounded by the sparkling blue sea – the island offers a new kind of luxury: one that embraces life’s simple pleasures. Famous for its millions of olive trees, predominately of the Iianolia variety, Paxos produces a smooth, golden olive oil unlike anywhere else on earth. Meander through its miles of citrus tree-lined streets to its small villages, and you can even purchase this oil from the locals who actually make it. 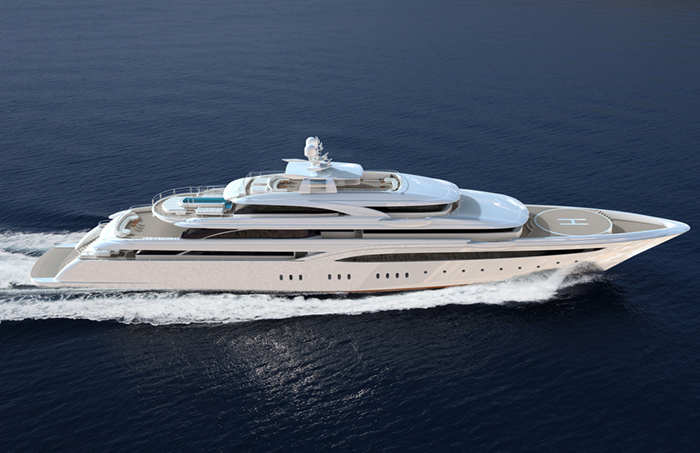 As a desirable destination for yacht charters, this idyllic island encompasses three quaint, but accessible harbors: Gaios, Lakka, and Loggos. Sail to Paxos during your next yacht charter in Greece, and you too can explore all the wonder Paxos has to offer. 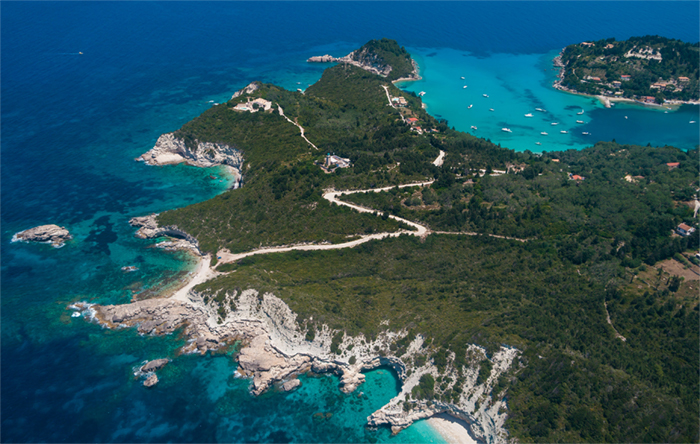 Gaios: With its plentiful chic boutiques, old-fashioned village stores, and tasty eateries, Gaios is a true cultural experience. Mingling yacht life and with a local feel, Gaios has a trendy, but attainable vibe perfect for the avid traveler looking for a taste of the Grecian fine life.

Harami and Kanoni Beaches: Floating seemingly freely in the bay of Lakka. Harami and Kanoni are two of the island’s pebble beaches. Wade through the Mediterranean Sea, and you’ll not only find that their white stones, scattered through the seafloor, give the water a particularly turquoise color; but that they gradually change to sand the deeper you go. These unique traits, when added to the picturesque nature characteristic of the Greek islands, make the Harami and Kanoni beaches worth a visit during your next sail through the Ionian Sea.

Monodendri Beach: Head south towards Loggos, and you’ll find the popular Monodendri Beach. This idyllic oasis, a cove of beautifully-colored pebbles at the end of a sea of thick pine forests, offers yachters the perfect place to sunbathe, swim and snorkel before grabbing a drink at the beach’s local, and familiar, “taverna.”

Paxos Cliffs: Dotted along the west coast of Paxos, the Paxos Cliffs are both weathered and beautiful; with their grandiose and white limestone cliffs, impressive sea caves, and remote, pristine beaches making for an inspiring exploration. For view money can’t buy, steer your yacht along the area’s coastline to see Paxos’ true buried treasure: the majestic Tripitos Arch.