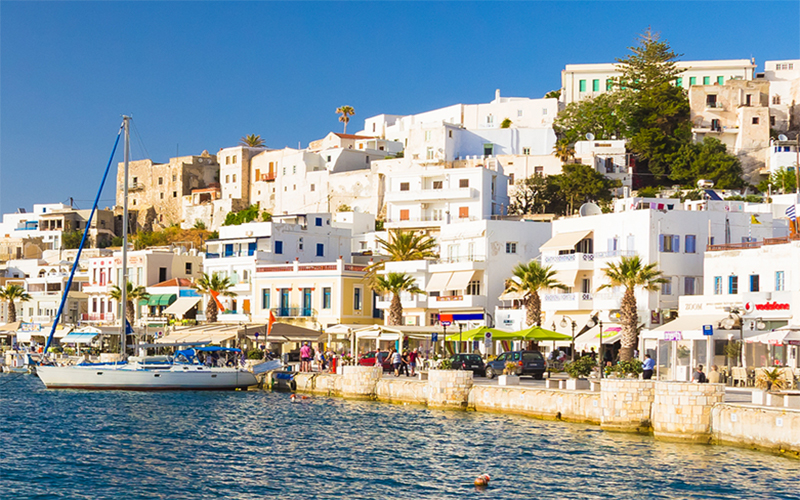 Explore Naxos on your luxury yacht charter in Greece

As the largest and most verdant island of the Cyclades Islands, Naxos is filled with seemingly endless rolling hills, lush valleys, tranquil waters, grandiose mountains and traditional, Greek villages; each perched high above sea level.

Floating in the center of its surrounding archipelago, Naxos is believed to be the island where Dionysus, the mythical god of wine, was married. With exotic beaches like Plaka, Agios Prokopios, Orkos, and Mikri Vigla – popular spots for sunbathers, swimmers, and snorkelers – the island of Naxos is an ideal destination for couples, families, and curious individuals alike.

As traditional as it is beautiful, the island of Naxos boasts neighborhoods of inhabitants still living in cubed Cycladic houses and wearing classic Greek garb; painting a picture of Greek history in front of an idyllic backdrop of centuries-old churches, monasteries, and Venetian castles dotted throughout.

During your next luxury yacht charter in the Aegean Sea, stop by Naxos and experience the historic and natural wonder of Greece’s beautiful past. 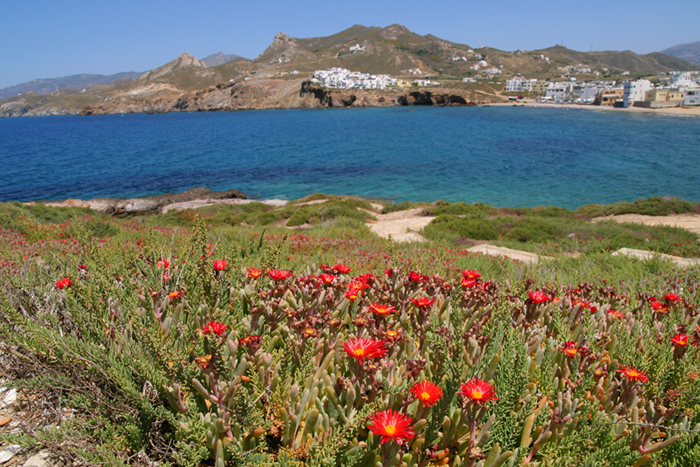 Bazeos Castle: Originally erected as a monastery in the 17th century, Bazeos Castle stands tall on the island of Naxos today. Named after the Bazeos family, who later purchased the property and refurbished the interior of the building, this historic site functions as a place for visitors to come and discover the fascinating cultural history of the Cyclades.

Portara: When you sail into Naxos by boat, the first thing you will notice is Portara, which is Greek for “great door.” Standing tall on a small islet, but connected to Naxos through a small causeway, this marble doorway is all that remains from the Temple of Apollo, the Greek god and protector of musicians and poets, in 6th-century BC. Facing the island of Delos, the presumed birthplace of Apollo, all that is left of Portara is three of its four original columns. Yacht charter guests are encouraged to climb to this site and view the enchanting sunset through Portara’s ancient columns; it’s a view you’ll never forget.