Explore island Methana on your luxury yacht charter in Greece

Composed of a small peninsula in the Peloponnese region of Greece, Methana is actually a dense, volcanic landscape; encompassing what remains of 32 volcanoes, and their hardened red lava, steep abysses, and beautiful, rock-laden beaches.

Lined with diverse, Hellenic flora and fauna, vibrant coastal villages, and ancient, healing natural spas, Methana is one of the most picturesque of all the Saronic islands, just the perfect stop on your Greece yacht charter.

With a history of inhabitants dating back to the Neolithic period, Methana’s interesting past is still evident on the peninsula today. Wind your way to the village of Paleókastro, and you’ll find the remains of what was once a popular acropolis; damaged after one of the area’s many volcanic eruptions. Agios Geórgios, Methana’s traditional fishing village, and the Saronic Gulf’s Baths of Pausanias, frequented by Europeans for decades, for its healing qualities and thermal waters, also add to the island’s unique cultural history. 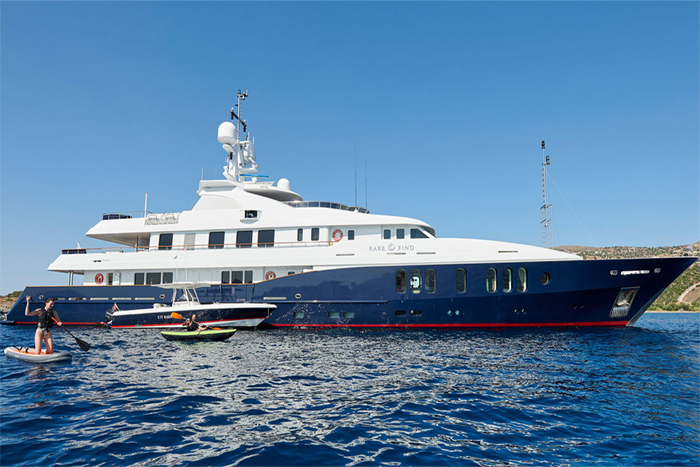 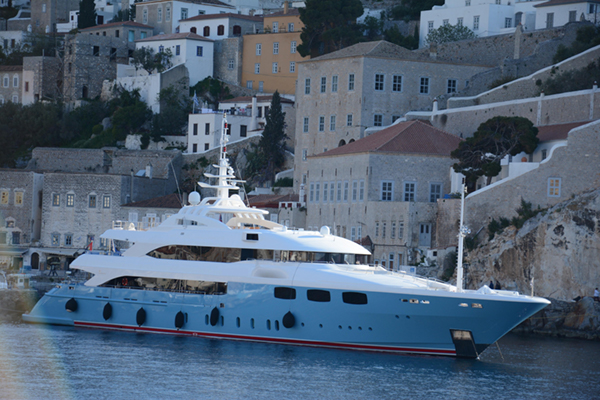 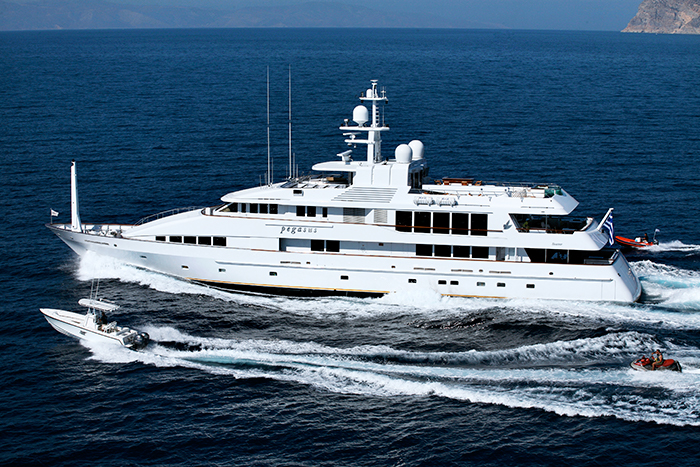 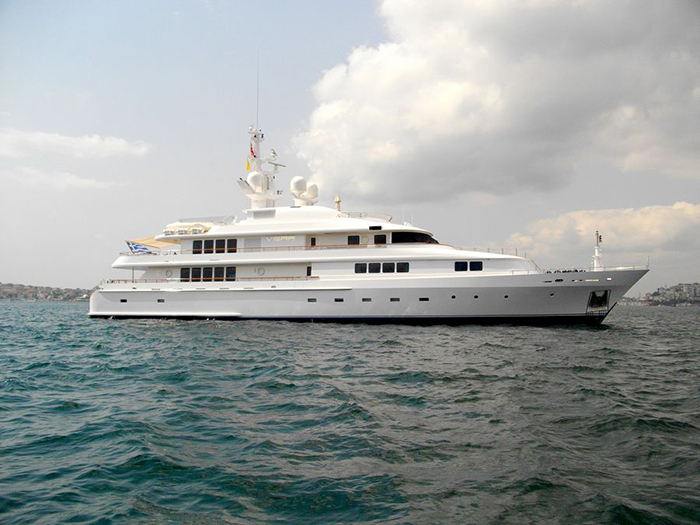 The City of Methana: Owning the same name as the peninsula it calls home, the capital city of Methana offers visitors the perfect combination of history and charm. From the mainland, take a stroll to the micro peninsula just off the city’s edge, called Nisaki, which is home to the remains of ancient Cyclopean walls, a pristine beach, and Agii Anagiri, a local church. Lined with tasty cafés and local taverns, the capital of Methana is the perfect place for a quiet cocktail or delectable dinner; and all amidst those stunning, Hellenic sunset views.

Spilia ton Peristerion: With a name that translates to “dove cave,” Spilia ton Peristerion is a whimsical underground cave dotted with lakes and stalagmites perfect for the most curious of explorers. Discovered accidentally in 1973, this magical mystery has since become a major tourist attraction, notable for its natural beauty and interesting, unexplainable crystalline formations.

Acropolis at Palaiokastro: As the peninsula’s most prominent archaeological site, located just south of Vathi, the acropolis of Palaiokastro dates back to the 4th century BCE. As beautiful as it is historic, this discovery overlooks a golden sand bay and is home to what is believed to be a 12th- or 13th-century church and a singular wall, the remains of an ancient Greek tower.