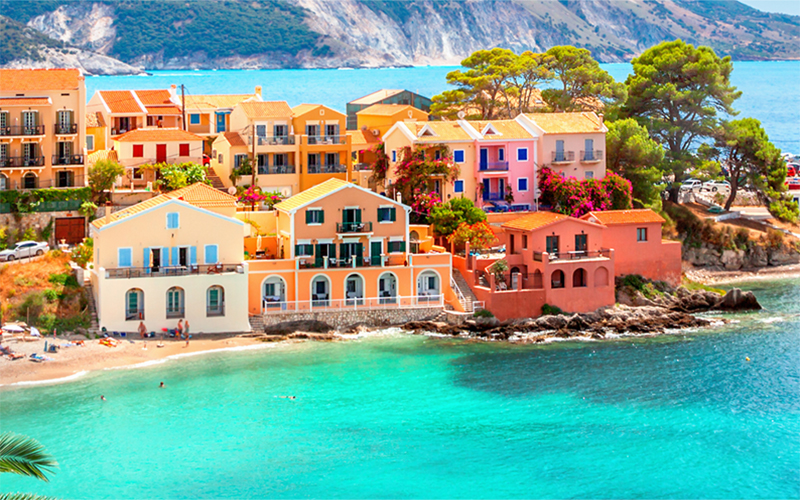 Explore island Kefalonia on your luxury yacht charter in Greece

Kefalonia is the epitome of beauty which makes it a popular yacht charter destination when cruising the Ionian Islands. As the largest island in the Ionian Sea, Kefalonia is draped with magnificent sights, awe-inspiring beaches, legendary castles, and an impressive heritage; one still personified by the friendly inhabitants who reside there today.

Floating aimlessly in Patraikos Bay, not far from Zákynthos and Lefkas, its vast coastline is home to a diverse array of local flora and fauna, inlets of crystal blue water and the mountainous Enos.

Recognized today as the backdrop for “Captain Corelli’s Mandolin,” even before that, Kefalonia had a rich cultural history. Once part of Achaia and East Illyria, during the Byzantine period, the island was attacked and ruled by the Normans, Franks, Venetians, and the Turks. In 1864, this remote island officially became a part of Greece; and has continued to be an icon of natural luxury ever since.

Reserve your private charter yacht today, and let Kefalonia be your next port of call when you set sail to the Ionian Islands. 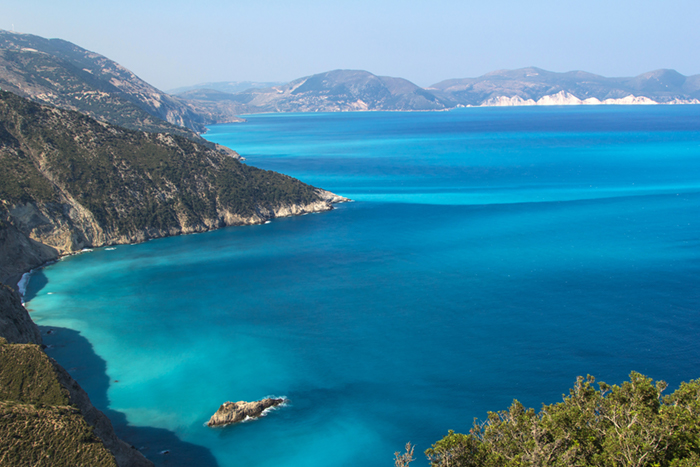 Drogarati Cave: A natural formation in the Grecian landscape, this grandiose wonder could otherwise be regarded as an artistic masterpiece. Filled with stalactites and stalagmites of all hues and shapes, suspended in the cave for centuries now, this unique landmark has an ambiance all of its own: heavenly, to say the least, when reflected by the sunlight. Today, the geological phenomenon’s excellent acoustics and natural domed roof lend itself as the site for one-of-a-kind concerts.

Argostoli: As the vibrant capital of Kefalonia, Argostoli invites visitors to meander through its calm streets, pull up a chair at one of its tasty restaurants, grab a drink at a seafront bar, or peruse the items for sale at its artisan shops and adorable boutiques. Bordering the Ionian Sea, this charming island town promises a night of Grecian culture unlike any other. While there, be sure to escape to the island’s idyllic Gentilini Winery and Vineyards – just outside of Argostoli – and toast to your trip with one of its internationally-acclaimed bottles of wine.

Mount Enos: One of only ten national parks in Greece, Mount Enos is simultaneously a home for Kefalonia’s vast wildlife and shrubbery, and the highest peak on the island. Reaching heights of 1,628 meters, this natural wonder was dubbed “Black Mountain” by the Venetians; symbolic of its dense Kefalonia firs. In addition to its famous firs, this mountain is home to a diverse landscape, balancing its forests with peaks of more rocky, pebbly slopes dotted throughout with rare, colorful flowers.

Melissanthi Cave: The result of karstikopoiisi, a natural chemical process involving the eroding and hollowing of rocks, Melissanthi Cave houses Melissanthi Lake – an underground lake believed to be the worship place of Pan and Nymph Melissanthi. Discovered in 1951, the lake includes an enchanting islet, which archeologists claim was once the site of Pan’s sanctuary. While artifacts discovered on this islet can be found in the Archeological Museum of Argostoli, yacht charter guests are still welcomed to visit Melissanthi Lake, accessible only through an underground tunnel, and stare in awe at its crystal, blue-green waters and naturally-artistic frame.