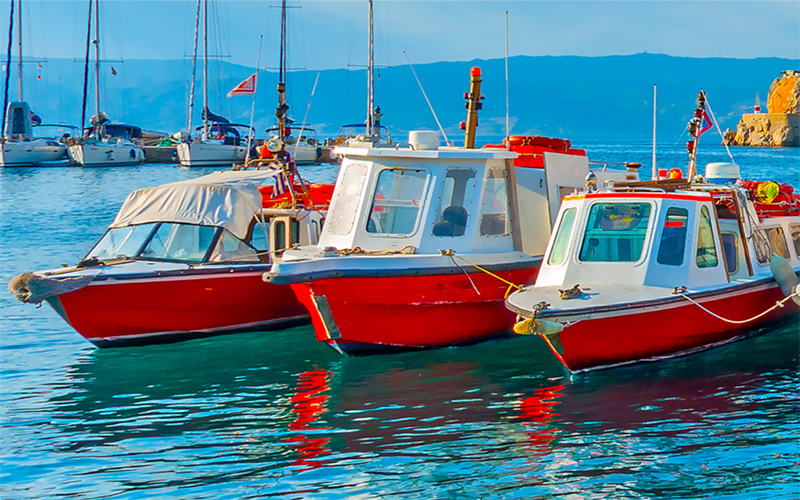 Just a short sail from the Greek capital of Athens, which is home to the country’s main port, the idyllic Saronic islands are the perfect destination for an adventure at sea on your very own private charter yacht.

An archipelago of seven main whimsical islands, each steeped in an impressive Hellenic history and mythology, the Saronic islands are known for their celestial beaches, crystal waters, vibrant culture, and an inherent, traditional pride. With the islands of Aegina, Agistri, Hydra, Methana, Poros, Salamina, and Spetses making up the core of this European destination, each floating seemingly aimlessly atop the calm waters of the Saronic Gulf, the Saronic Islands are unlike any other.

Constantly surrounded by warm waters and near-perfect weather, these islands make the perfect destination for yacht charters. Sheltered from the wind and producing very little rain, the Saronic islands offer a calm and enchanting respite that promises to make your most sacred yacht charter vacation dreams a reality.

More yachts in the Saronic Islands

Here is a sample week-long itinerary of the Saronic islands to explore on a charter yacht: 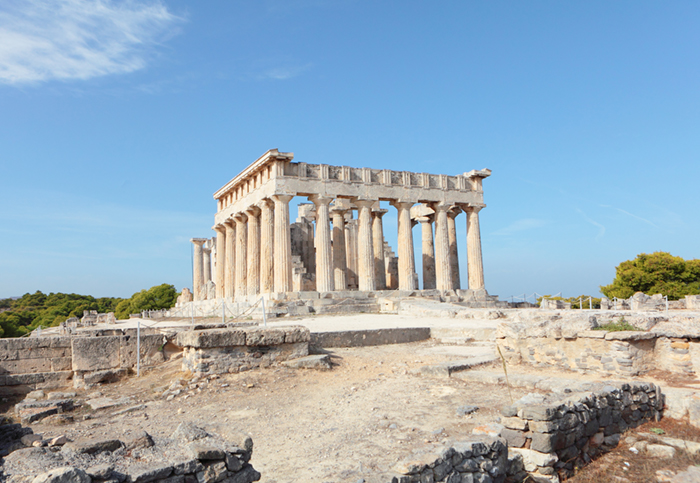 The Saronic Islands are an archipelago in Greece, named for the Saronic Gulf just off the Greek mainland. Aegina is the largest of the Saronic Islands and offers serene beaches, exciting nightlife, and plenty of shopping. Aegina is teeming with history related to its rivalry with Athens, the great sea power of the era. In addition to many historical sites, an extinct volcano makes up 2/3rds of the island, which provides plenty of site-seeing opportunities. Aegina is just a short distance from the Piraeus port and several other municipalities on the island including Perdika, Agia Marina, and Moni, are worth a visit especially for fresh seafood. 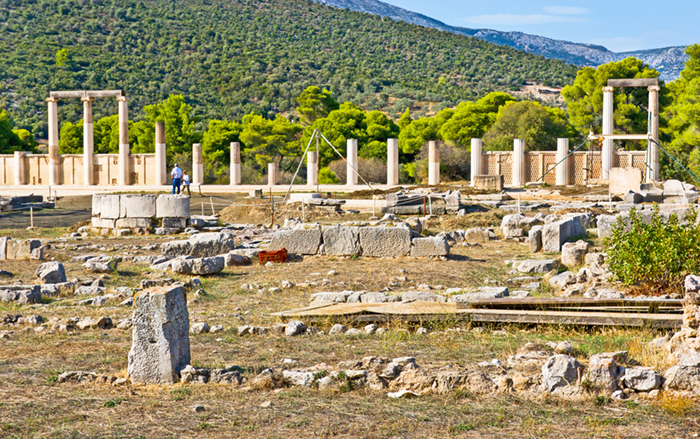 Located across from Aegina is Epidavros, home to the historic theater that delighted Pausanias for its symmetry, beauty, and exceptional acoustics. The theater, built in the 4th century was dedicated to Dionysos and is still used today for dramatic performances, including ancient tragedies by Evripides and Aeschylus. Archaeologists discovered the theater in 1971 and its limestone seating provides such amazing acoustics that tourists can hear the faint strike of a match from wherever they are seated. The port of Epidavros provides many opportunities to sample the local cuisine and to peruse a variety of shopping venues. 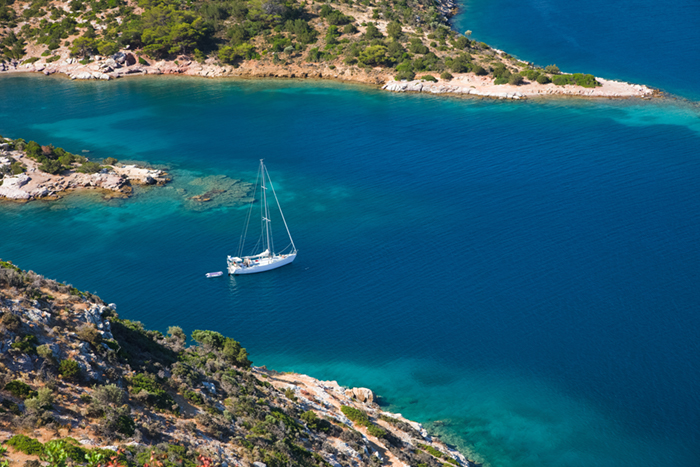 The island of Poros is a lush island with crystal clear beaches, a lively waterfront adorned with shops, cozy cafes, and restaurants, a charming capital with grand traditional mansions and picturesque cobbled streets. Peer into the history of the island at the Archaeological Museum and Temple of Poseidon and do not miss the panoramic view of the city from the historic Clock Tower. Take the opportunity to stroll around the Lemon Forest, a verdant hill with more than 30,000 lemon and orange trees, located on the opposite coast of the Peloponnese, southeast of the town of Galatás. 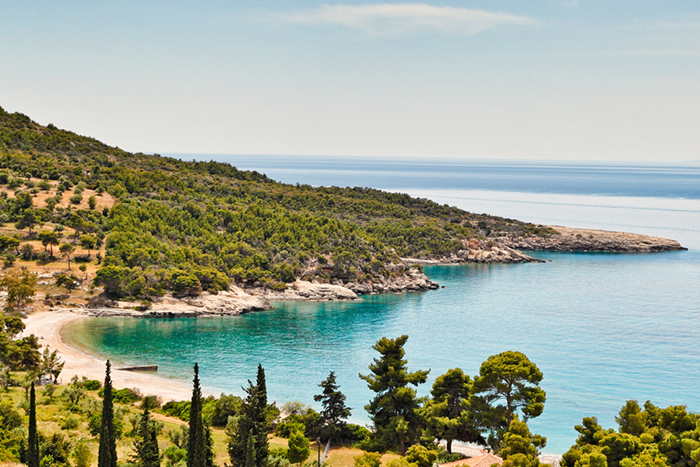 Spetses is a unique island that has been inhabited since the Early Bronze Age and played an important role in Greek history. It boasts a long naval tradition and is famous for its contribution to the 1821 War of Independence. The scenic old harbor and Dápia, a tourist and commercial center filled with countless entertainment opportunities, are the trademarks of the town of Spetses. The capital of the island is architecturally magnificent and can be viewed by horse-drawn carriages traveling over the narrow, cobbled streets that connect a variety of cafes and shops of local flavor. 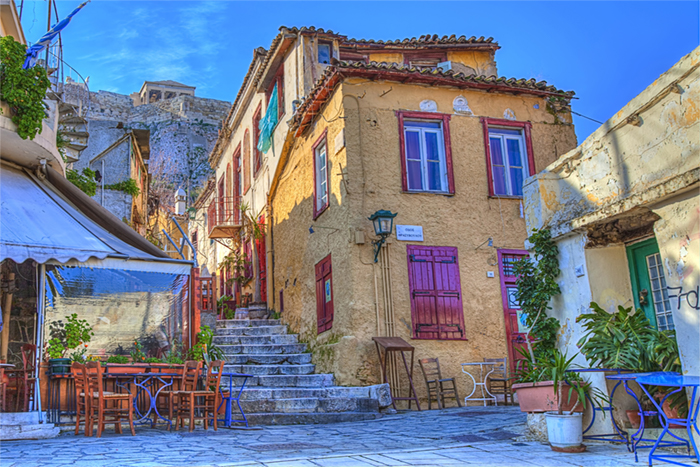 Homer first wrote about the Bay of Tolon as one of the cities whose fleet took part in the Trojan War. In 1916, the fishing village became known as Tolon and since then its natural beauty and easy access to neighboring archaeological sites, have created an increasingly popular tourist destination. Nafplion is known as one of the most beautiful and romantic towns in all of Greece. In ancient times it was considered to be the center of Greece and according to mythology, it was founded by Náfplios, the son of the god Poseidon and the daughter of Danaus (Danaida) Anymone. Ancient walls, medieval castles, monuments and statues, Ottoman fountains and Venetian or neoclassical buildings mesmerize visitors with their unique architecture and beauty. In the heart of the city, you will find a variety of tourist shops and outdoor cafes, as well as Syntagma Square where you can admire central historical buildings and monuments. Lace up your shoes and hike to Palamidi Castle, which stands 216 m above sea level and requires you to climb a breathtaking 999 steps carved into the rock. 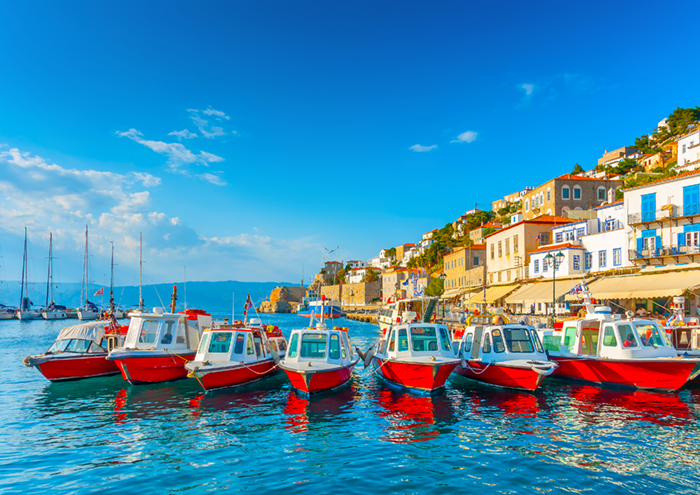 Hydra Island is known to be one of the most popular and cosmopolitan destinations in Greece. In ancient times, the island was known as Hydrea (derived from the Greek word for “water”), which was a reference to the springs on the island. Ironically, the springs are now almost dry and today the island imports its water by boat from the Greek mainland. The island’s popularity results from its uniqueness and proximity to Athens. The character of Hydra is reflected by its bars, clubs, shops, and cafes as well as the horses, mules, donkeys, and water taxis that provide public transportation since cars are not allowed. The inhabited area, however, is so compact that most people walk everywhere. The beaches of nearby Molos, Bisti, Agios Nikolaos, and Limioniza are great places for sunbathing and swimming. 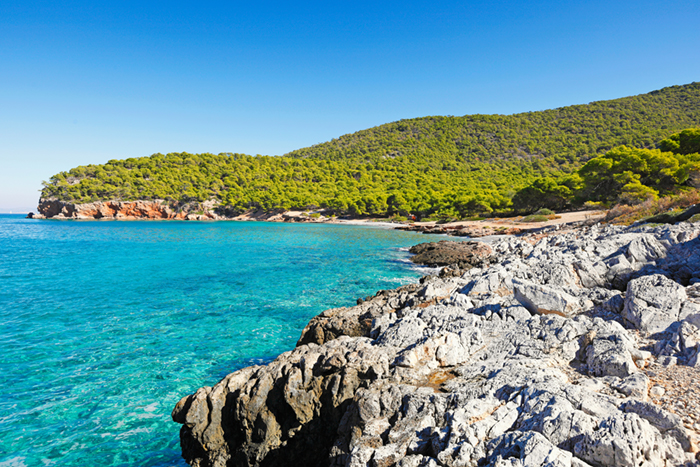 Agistri is a quaint island in the Saronic Gulf with picturesque coastlines highlighted by clear blue waters and contrasting green forests. Its villages have retained their traditional look and offer everything necessary for the most pleasant and comfortable vacation. The village of Skala houses the majority of hotels, apartments, and rooms for tourists to Agistri. Its bustling center has a large choice of places to eat, drink, swim and sunbathe. 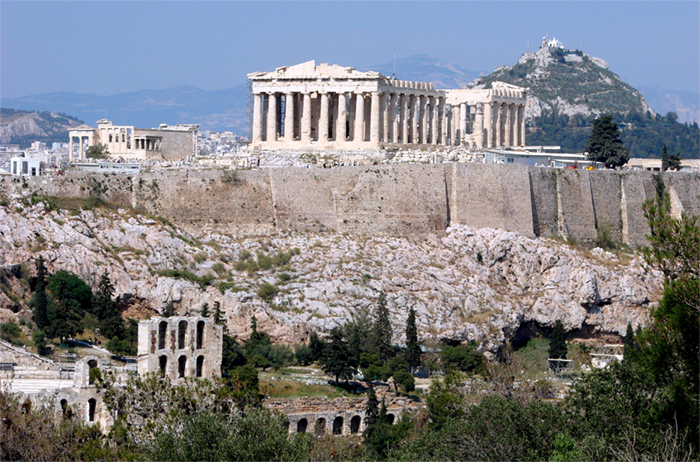 Athens has been the center of Greek civilization for some 4,000 years. The capital of modern Greece, it’s still dominated by 5th-century-B.C. landmarks, and it is easy to visualize that Golden Age when Pericles had the Parthenon (the most prominent monument of ancient Greek architecture) built. Athens is built around the Acropolis and the pinnacled crag of Mt. Lycabettus, which the goddess Athena was said to have dropped from the heavens as a bulwark to defend the city. In spite of its role in ancient history, Athens is also a contemporary city with a lively nightlife, bustling shops, and suburbs that now extend across the barren plains of the area in all directions.