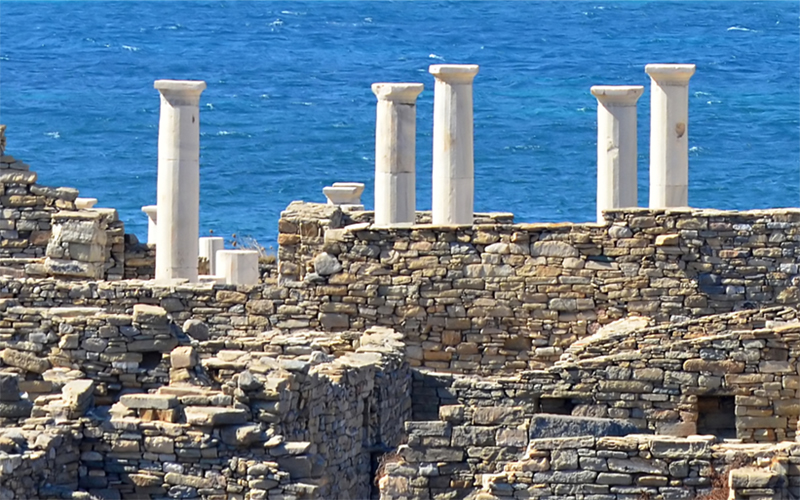 Explore island Delos on your luxury yacht charter in Greece

The mythical birthplace of two Greek mythology’s leading legends, Apollo and Artemis, twins of Zeus, the ancient island of Delos is regarded as both sacred and historical; a landscape of ruins uncovered since 1872.

Once dotted with temples and sanctuaries dedicated to specific Greek deities, today, Delos exists as a UNESCO World Heritage Site.

Just 5 kilometers in length, this picturesque island floats at the center of the Cyclades Islands; allowing the archipelago to fulfill its name by circling Delos entirely. Providing a stark contrast to some of the Cyclades more touristic islands, Delos welcomes yacht charter guests to discover its history, but only in the daytime. In fact, spending the night in Delos is against the law; it floats purely as a snapshot of Greece’s ancient and enchanting historical past.

During your next yacht charter through the Aegean Sea, anchor your private yacht near the island of Delos and explore this sacred island firsthand. 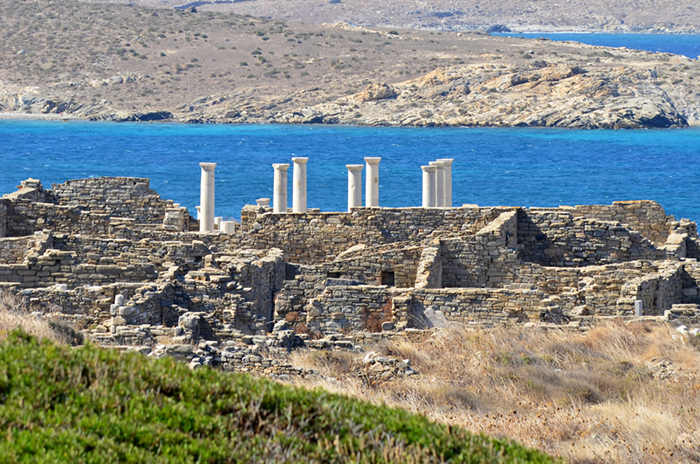 Agora of the Competialists: Once the market and meeting place of the Competialists – a group of freedmen and slaves who worshipped ‘Lares Compitales’ Roman gods of the crossroads associated with Hermes – this square is surrounded by local shops in ancient, sometimes ruined, buildings. Also used by Hermaists and Apolloniasts in 2nd-century BC, it is covered in marble altars, votive offerings, and pedestals; housing a round shrine atop a square base where ancient offerings were once placed.

Sacred Way: Leading up to the Sanctuary of Apollo, Sacred Way is a paved road lined with the marble bases that once anchored statues and monuments donated by kings and generals. Just 45 feet in width, this pathway was traveled by ancient pilgrims and hosted the annual ancient procession of the Delia festival. To the left, the Sacred Way also borders the Stoa of Philip, a covered walkway given to Apollo as a gift from Philip V of Macedon, ruler of the Cyclades in 200 BC.

Sanctuary of Apollo: As the figurative and ancient heart of Delos, the Sanctuary of Apollo forms the central focus of the island. Sitting at the entrance to the sanctuary is Propylaea – three white marble portals, dating back to 150 BC, that are held up by four Doric columns. Centuries before, the Sanctuary of Apollo housed three iconic temples: the Great Temple of Apollo, the Temple of the Athenians, and the Temple of Porinos Naos. Today, ruins of those religious icons still exist, surrounded by the remnants of countless other temples, altars, and monuments. All of these still emanate an ancient, and spiritual, vibe.