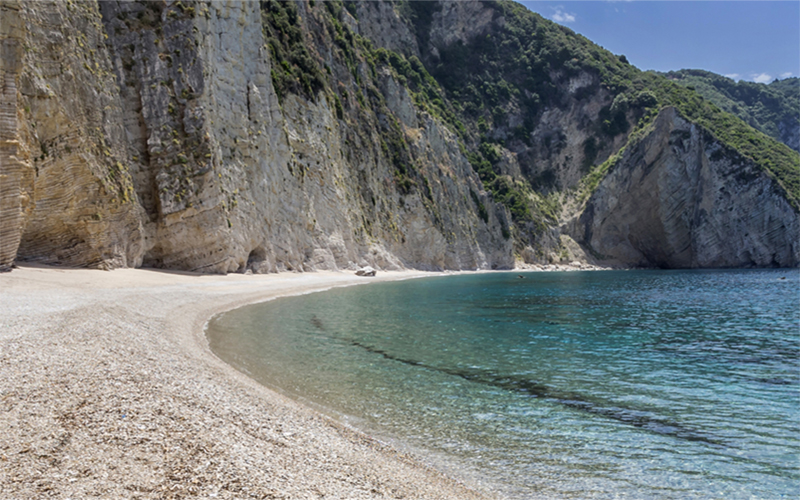 Explore island Corfu on your luxury yacht charter in Greece

As the second-largest Ionian island, Corfu gives yacht charter guests the perfect combination of natural beauty, history, and relaxation; and all amidst pristine white sand beaches.

From its tacky nightclubs and small, familiar towns, to its extensive water sports community and northeastern “Millionaire’s Row” — easily recognizable for its majestic villas and pebbly, cove-like beaches — the island of Corfu has something for everyone.

Known for its idyllic beaches and stunning views, this ancient island — called Korkyra, in Greek — also holds a significant place in Grecian history and mythology. Based on the love story of Poseidon, the god of the sea, and Korkyra, a nymph he abducted and hid on an unnamed island, the island was named by Poseidon as a symbol of the undying love he had for the beautiful nymph. In the same way, later residents of the Corfu were called Phaeacians; after Phaiakes, the son of Poseidon and Korkyra.

To experience all of the history of the island, and discover all of the hidden gems Corfu has to offer, reserve your private yacht charter in the Ionian Islands today. 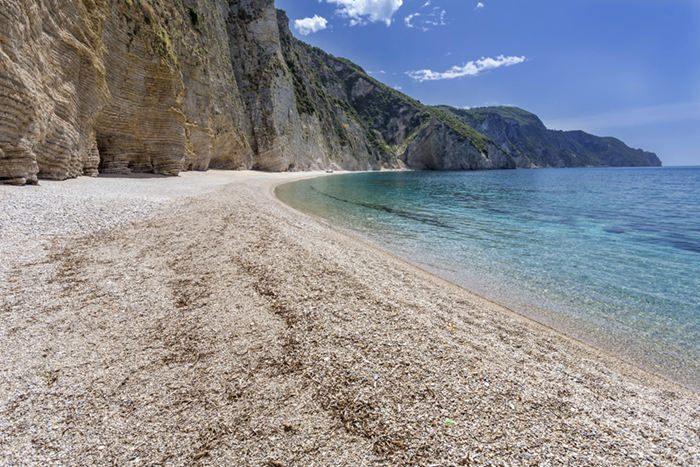 The Old Town of Corfu: Dating back to the 8th century BC, the Old Town of Corfu, just off the Albanian and Grecian coasts, is home to many interesting sights and churches. With the Esplanade – a large open parade ground and park, bordered by what was once an old royal palace – the island’s Venetian-built Old Fortress, and its elegant, 19th-century Palace of St. Michael and St. George, the Old Town of Corfu is as picturesque as it is historical.

Nymphs: Known for its beautiful, flowing pools, the large village of Nymphs is named after the widely-accepted legend that nymphs used to bathe in the village’s waterfalls. Walk through its winding, whimsical streets and take in the area’s natural beauty as you taste free samples of its local, delicious kumquat liquors and sweets. As you wander, rumor has it you might actually see a nymph relaxing in the village’s flowing waters.

Benitses: As the most popular tourist destination on the island of Corfu, Benitses was once a former fishing village that now hosts any hotel, restaurant, cafe, and shop a traveler could ever need. Bordered by both mountains and the Ionian Sea, quaint, local villages like Agios Stefanos, and the world-famous Achilleion Palace to the north, Benitses offers yachters the perfect combination of nature and tourism.

Old Perithia: As the oldest village in Corfu, Old Perithia was once the wealthiest of the Corfu villages; boasting a strong Venetian influence that can still be seen today. Once overgrown with oak trees and vines, the historic locale was once a hideaway from pirate attacks — even housing a lookout tower where visitors, hidden by the sea, could view out while still remaining hidden. Today, the picturesque village is verdant with lush areas growing local fruits, cherries, figs, walnuts, and almonds.

Beaches: With views as stunning as Corfu, it only makes sense that they are accompanied by equally memorable sands. From the north’s rugged, pebbled beaches, to its sandy, tourist-filled Kavos and Rodha; Corfu’s beaches are as diverse as they are beautiful. For the most exclusivity in your Ionian beach experience, sail your yacht to the northern end of the island — roads are limited, so its hidden beaches are only accessible by boat.