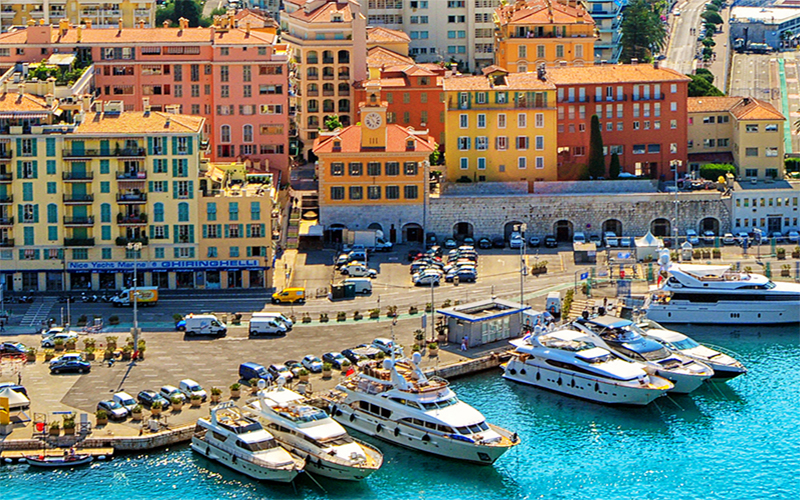 Nice is a popular yacht charter destination in the French Riviera. Despite the fact that today, Nice is the second most popular destination in France – next to Paris, of course – it wasn’t until the late 18th-century that its beauty started attracting A-list appeal.

Boasting an ideal Mediterranean climate all year round, Nice first gained traction as a winter destination for English aristocrats; and once its beauty was confirmed, later became a muse for Western artists most talented painters: like Marc Chagall, Henri Matisse, Arman, and Niki de Saint Phalle, to name a few.

The meeting point of old-world opulence, sunny shores, art enthusiasts, delicious fare, and seaside views, Nice is a haven for the romantics. To experience the true heart of the French Riviera, watch the sunset as you walk along the Promenade des Anglais, see the art hanging on the walls of Fondation Maeght or grab a drink at one of the coastal city’s celebrity-filled nightclubs. When the sun is shining – which, in Nice, it always is – wander through Cours Saleya, one of the globe’s most popular flower and food markets, for fresh produce brought in by the local harvest.

It’s worth a visit; after all, Nice is considered the “foodie capital” of the world. Nice is the perfect place to visit on your France yacht charter to expand your palate with quaint bistros and boulangeries to elegant brasseries and fromageries.

When to charter a yacht in Nice

Like most of the Mediterranean, summer is charter season in Nice. The season begins in May, and runs through early October. Summer yacht charters in Nice offer plenty for guests to explore and experience. The Nice Jazz Festival in July is a summer season staple, with nightly concerts to Nice’s historic Plaza Massena.

With summer temperatures in the 70s and 80s, many choose to soak up the sun at the Nice’s sandy beaches. Castel Plage, situated on a stunning private beach, is one of Nice’s most exclusive beach clubs, and a favorite stop for Nice yacht charters. Other must-sees during the summer include: Football matches at OGC Nice, the coastal trail on Cap-Ferrat, and Nice’s bustling flower and produce market. 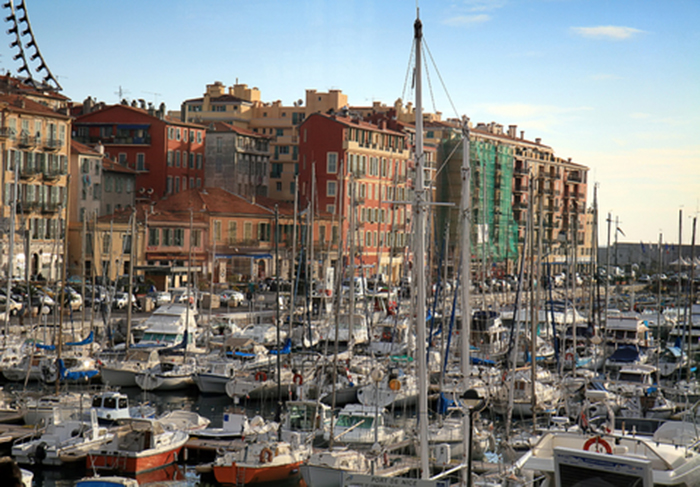 Named “La Prom” for short, the Promenade des Anglais, or ‘English Walk,’ runs along the pebbly shore of the Nicean coastline; making it the focal point of the city, and a metaphorical compass for the rest of Nice’s frequented attractions. Lined with palms and boasting enchanting sunset views, “La Prom” is the perfect spot for a relaxing bicycle ride, a slow skate or a romantic evening stroll. Along its path are a couple of other sites worth seeing: the majestic 1912-built Hôtel Negresco and the art deco Palais de la Méditerranée, which exists as a part of an impressive, four-star palace.

French for “Castle Hill,” Colline du Château is a historic hill that holds the remains of Nice’s first Ancient Greek settlement; which, considering its existence thousands of years ago, was considered to be the area’s first true Medieval town. While most of the castle has since crumbled, today, the site houses a large park and botanical garden, waterfalls, the remains of a former 11th-century Cathedral, walkways made of vibrant, 20th-century mosaics, and sweeping panoramic views of Nice and the Baie des Anges below.

Situated in the heart of Vieille Ville, or “Old Town” – in a city that is already considered to be one of the world’s most desired culinary destinations – Cours Saleya is a famous fruit, flower and vegetable market, highly regarded for its colorful produce, seductive aromas, and on select days, precious antiques. Open Tuesday through Sunday, Cours Saleya welcomes travelers and locals alike to peruse its bountiful stalls; and when they’re done, traipse through its surrounding shops and enjoy dinner at one of the nearby, likely award-winning restaurants.

Charter a private yacht in Nice

If you want to explore the French Riviera, Nice is a prime launching point. With Cannes, Monaco and St Tropez nearby, a private yacht charter in Nice offers a full range of possibilities for itineraries. Not to mention, Nice is renowned for its exclusive marinas, from the Port de Nice right in the heart of Old Town, to Port de Saint Jean Cap Ferrat.

When you charter a private yacht in Nice, you’ll be in the heart of the French Riviera. Taste the city’s many famous dishes, (like the classic Salade Nicoise, or street-food favorite Socca). Explore the stunning Cap Ferrat, with its beautiful anchorages, or cruise to nearby ports in St Tropez. 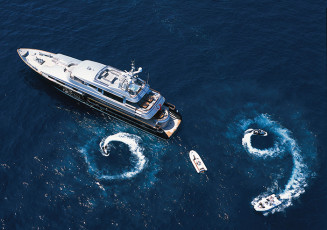 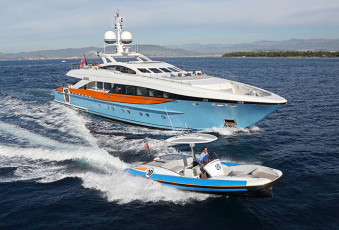 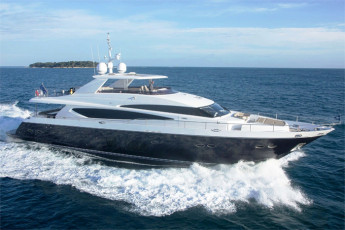