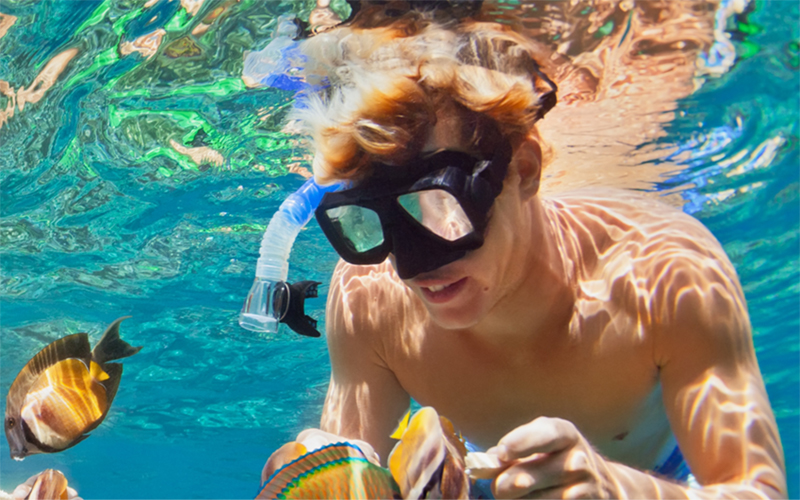 Snorkeling in the Grenadines

Located 100 miles west of Barbados, St. Vincent and the Grenadines – a string of 32 white-sand islands and cays – is a snorkeler’s dream. The West Indies hotspot boasts some of the most pristine coral reefs in the Caribbean that teem with sea turtles, vibrant coral structures and colorful schools of tropical fish.

The good news: You’ll be free to explore in peace, as many of the islands remain uninhabited and reachable only via water. Where will your snorkeling adventure in the Grenadines take you?

From underwater sculpture parks, to protected coral and marine parks, the Grenadines offer some of the world’s most unique snorkel and diving spots to explore. Here are some can’t-miss sites that offer their own appeal: 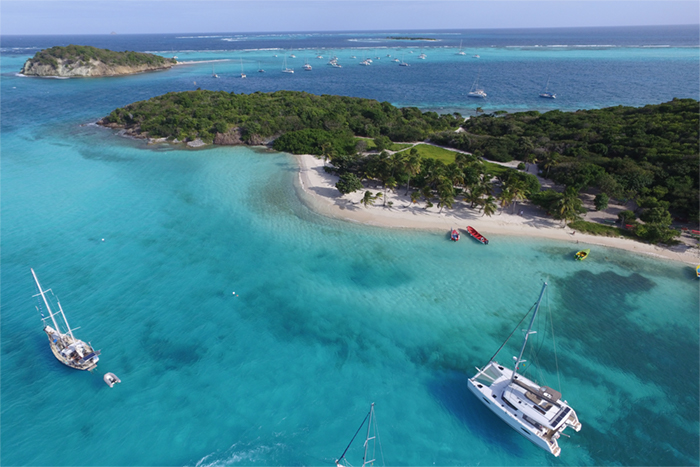 The Tobago Cays archipelago – compromised of five uninhabited islands in the Southern Grenadines – might just be the snorkeling jewel of the Caribbean. Why’s that, you ask? The cays are part of the Tobago Cays Marine Park, a 1,400-acre protected area that includes many of the region’s most unspoiled and richly populated reefs.

Start your exploration at Horseshoe Reef, a large barrier reef structured rich with biodiversity. Three species of sea turtle spawn and nest in the surrounding area – making this one of the region’s best locations for turtle spotting. Plus, the five uninhabited cays feature some of the Grenadines most secluded and private beaches. Spend the day diving around the reef, before enjoying the sunset with cocktails and chef-prepared meal beachside. 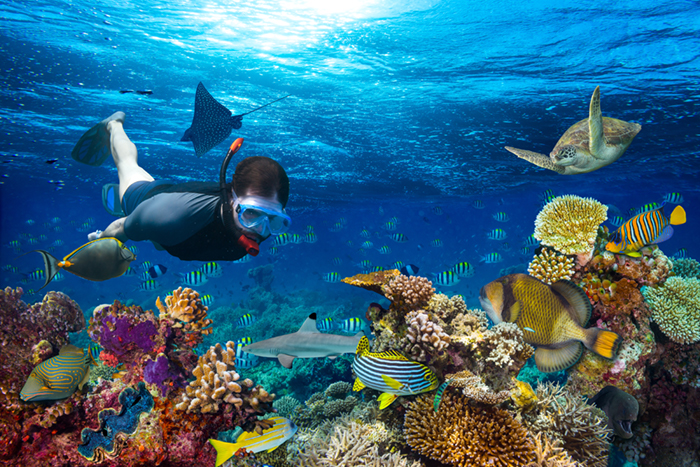 Mayreau Island – and its nearby reef – also lies in the Tobago Cays protected area. Yet, the island’s reef – dubbed the Mayreau Gardens – boasts some of the richest biodiversity in all of the Caribbean.

Exotic fish, Green Turtles and numerous species of hard coral populate the Gardens, and the island itself, with its 400 inhabitants, is well-known for its watering holes and restaurants.

Mayreau is also a popular scuba diving spot, as many nearby diving sites are known as the best in the Caribbean. If you fancy yourself a diver, check out The Puruni, a 1918 sunken British battleship or Catholic Rock. 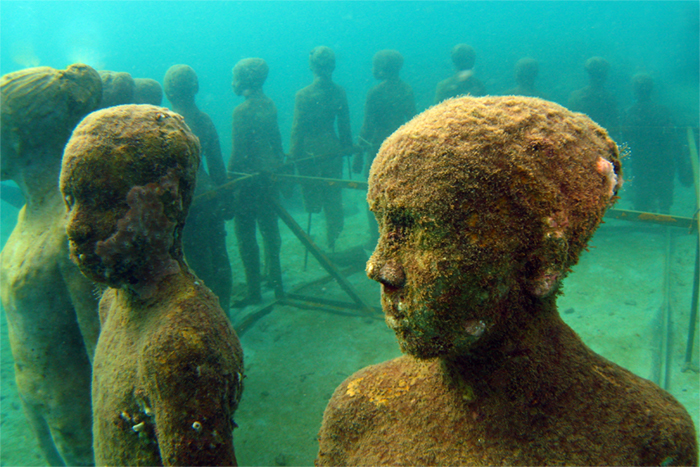 Grenada, the sprawling island that sits just south of the Grenadines, might be renowned for its windswept beaches and turquoise lagoons. But it’s also home to one of the West Indies’ most unique – and awe-inspiring – snorkel sites, the Molinere Underwater Sculpture Park.

Reachable only by boat, the park’s artificial reef was built in 2006 and features sculptures by British artist Jason deClaires Taylor. (Since then, numerous artists have added contributions.) Many of Taylor’s creations have since been populated by hard corals and schools of tropical fish. Be on the lookout for some of the park’s originals like The Lost Correspondent and The Unstill Life, which both sit about 20 feet below the surface. 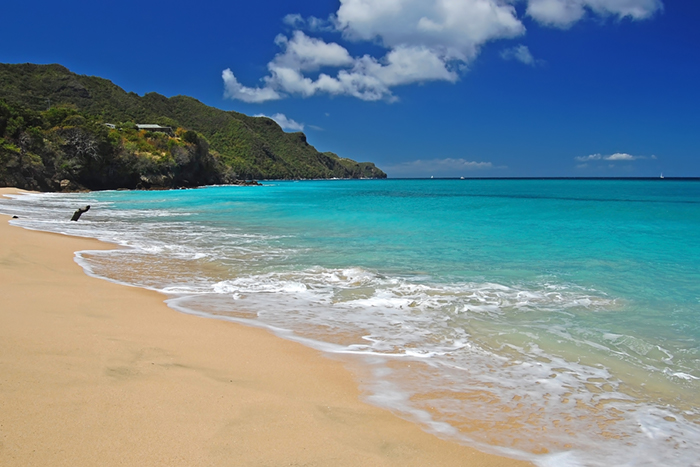 Known throughout the Grenadines as the “Isle of Reefs,” Carriacou Island and its surrounding marine forests are home to more than 200 species of tropical fish, stunning intact brain coral, and exotic stingrays.

Sandy Island in particular, a tiny atoll, on Carriacou’s west coast is the perfect spot for your adventure. The island’s shallow waters – with reefs just 5 to 20 feet below the surface – and Gilligan-esque beaches make for relaxing, beginner-friendly underwater sightseeing. The seafloor is rich in elkhorn coral and sponge-covered boulders dot the landscape. Plus, if you’re lucky you might catch a glimpse of a nurseshark, or hear the calls of a migrating humpback whale passing by further offshore. 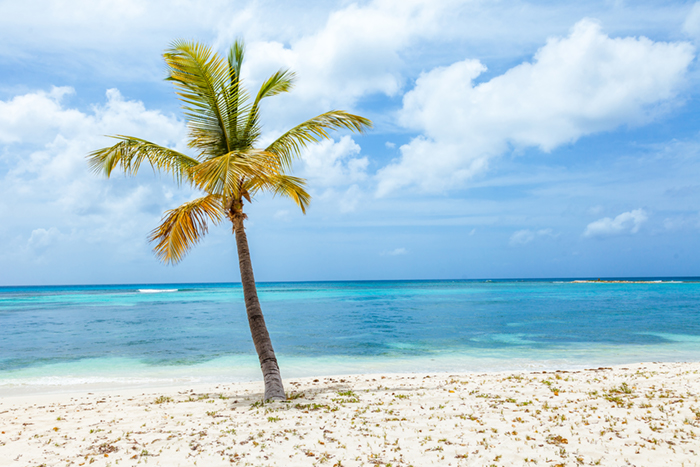 Privately-owned Mustique Island has earned a reputation as an exclusive hangout for celebrities. The Rolling Stone’s Mick Jagger, for instance, owns a gorgeous villa here overlooking L’Ansecoy Bay. Yet, aside from its famous residents, Mustique also offers access to many uncrowded coves, lagoons and beaches that offer wonderful snorkeling.

Try two spots: Lagoon Bay, on the island’s southwestern edge, is an ideal spot for quiet afternoons of sunbathing on the beach, and the shallow bay is an ideal location for snorkeling beginners to hone their skills. A little further off-the-beaten-path lies Gallicaux Bay, an undiscovered bay that’s home to a biodiverse reef. 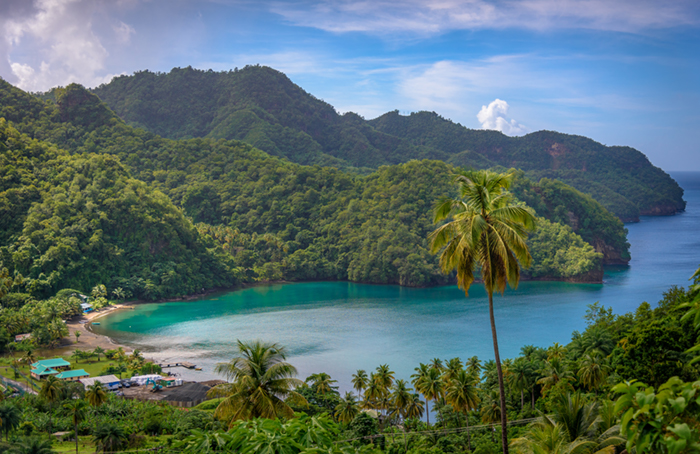 Located on St. Vincent’s southwestern coast, Byahaut isn’t your average snorkeling site. The lagoon – which is only reachable by yacht, with several moorings located nearby – is home to an underwater cave, called the Bat Cave, which snorkelers can explore. Plus, at Dinosaur Head – a spot on Byahaut Point – catch a glimpse of the 100+ foot wall that’s covered in hard corals, sponges and beach grass. 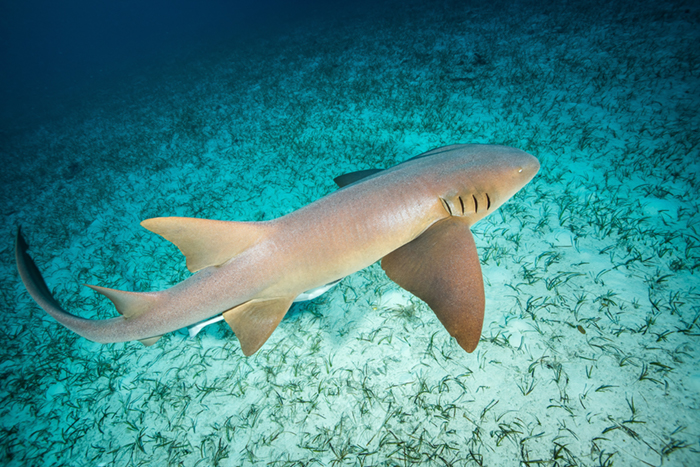 One of the largest islands in the Grenadines, horseshoe-shaped Bequia is a haven for sea explorers. The island’s many bays feature biodiverse reefs that you could spend whole afternoons exploring. Spring Bay and Industry Bay – located on the island’s leeward coast – offers calm waters to explore. Plus, their beautiful beaches offer respite, when you’re ready to relax.

Also, the island’s Lower and Princess Margaret bays are home to protected reefs that are renowned for their numerous tropic fish species and nurse shark population. Situated just 10 miles from St. Vincent, Bequia is an ideal first stop on your Grenadine yachting vacation.

Escape to the Grenadines and Experience World-Class Snorkeling

Simply put, the Grenadines are incomparable as a Caribbean snorkeling destination. Thanks to environmental protections and the islands’ isolation away from the beaten tourist trail, the coral reefs and their populations of exotic fish, sea turtles, porpoise and nurse sharks remain intact and thriving.

Experience the thrill of yachting the Grenadines on your next charter, and try to stop at each of these hotspots along the way. Every one offers its own dazzling show of coral and wildlife (and sculpture, in one case) – and all are must-see yachting destinations. Just be sure to bring an underwater camera!