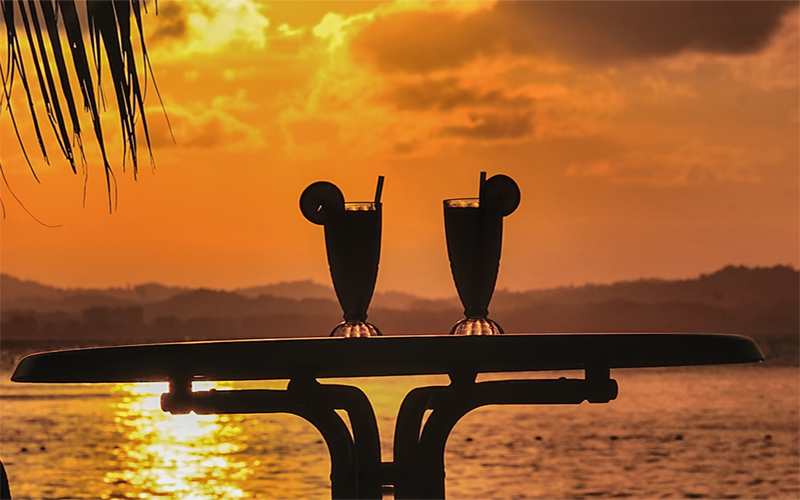 On the island of Jost Van Dyke in the British Virgin Islands is a stretch of white sandy beach known as White Bay. On that beach is a nondescript building with a wooden sign hanging in the eave that reads: “Soggy Dollar Bar” It is here, in this open air bar, that the famous Pusser’s Painkiller ® was born.

As there is no dock at White Bay, boaters would drop anchor and jump into the refreshing blue waters to swim to the six-seater bar. They’d pay their tab with dripping wet bills, hence the Soggy Dollar Bar.

The Painkiller ® was developed by Daphne Henderson, the owner of the bar. She, however, refused to divulge the recipe. Charles Tobias, the founder and owner of Pusser’s Rum and friend of Ms. Henderson, tried to pry the recipe from her, but her lips were sealed. He, however, was determined to uncover the ingredients behind this tasty drink. 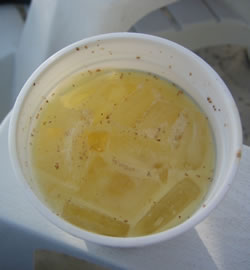 One Sunday afternoon, Tobias managed to bring a glass of Pusser’s Painkiller ® through the waves, onto his boat, and all the way to his kitchen in Tortola. There he worked mixing and matching ingredients, trying to replicate the flavor. Finally, after many tries, he reached a concoction that tasted quite similar to the original.

The following week, he teased his friend that he had finally cracked the code to her secret recipe. In fact, he told her, his version was better! They joked back and forth before agreeing to a taste test with the ten patrons who were nearby. A $100 wager was placed for the winning recipe. Drinks were passed around and votes were taken. All ten patrons preferred Tobias’s Painkiller ®, which was not quite as sweet as Henderson’s. The bet was paid in the form of 40 drinks, where were spread throughout the crowd.

Luckily, you don’t need to bring a Pusser’s Painkiller ® into your kitchen to mix and recreate the delicious beverage. Tobias has revealed his recipe for all to enjoy.

The Pusser’s Painkiller ® is a mix of Pusser’s Rum with 4 parts pineapple juice, 1 part cream of coconut, and 1 part orange juice. It’s served over ice with fresh nutmeg sprinkled on top. Add the desired amount of rum, which varies depending on exactly how much pain you would like killed.