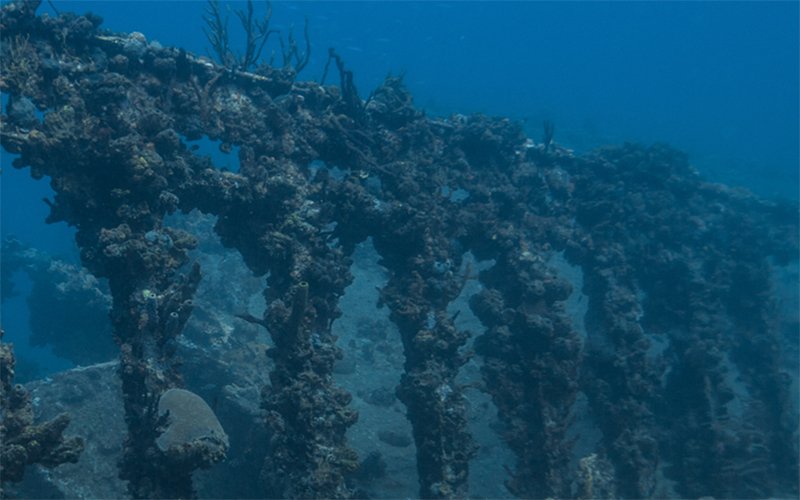 Founded in 1980, the Rhone National Marine Park is the BVI’s first and only sea park. The protected area – which encompasses nearly 800 acres between Dead Chest Island and Salt Island – is home to a plethora of dive spots, including that of the RMS Rhone, a mail ship that sank in 1867.

Today, the RMS Rhone is one of the world’s best wreck dives, and the park as a whole is a favorite destination amongst divers, thanks to the numerous reefs, wrecks, and caverns to explore.

Want to explore the best dive sites and things to do in Rhone National Marine Park? This quick travel guide covers everything you need to know.

About the RMS Rhone Wreck Site

The Royal Mail Steam (RMS) Rhone was a 310-foot mail ship that sunk off the coast of Salt Island in 1867, during a hurricane. In the 1970s, the wreck became a popular dive site, and it was protected in 1980, being named a national park. The wreck remains well intact. For example, the iron bow is still in mostly one piece, with only the wood decking having rotted away. And the stern’s propeller and 500-horsepower engine are still visible and great for exploring.

As such, the RMS Rhone is one of the Caribbean’s top wreck dive sites.  Here are a few reasons why: 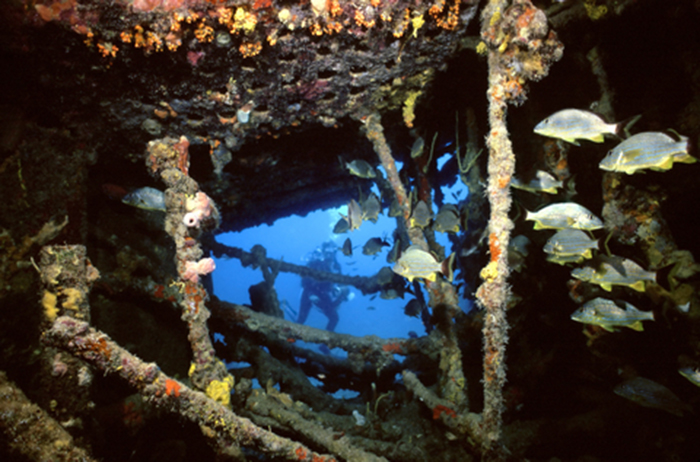 There are two wreck sites – the bow and stern of the RMS Rhone – because the ship broke apart as it was sinking. These two sites are the most popular in the park, but in addition to the two sections of the RMS Rhone, the marine park is home to dozens of amazing dive sites. They include a sunken airplane, vibrant reefs, and underwater caverns. Favorite BVI dive sites in Rhone Park include:

Where to Go Nearby

Diving is the main attraction at Rhone National Marine Park, but you’ll also want to spend some time exploring the surroundings. In particular, the smaller, uninhabited islands along the Sir Francis Drake Channel offer plenty of history and landscapes to explore. Some spots to see include:

Rhone Marine Park is a favorite destination on any BVI yacht charter. In fact, the park is designed to accommodate charter yachts and tenders. Although anchoring is prohibited within the park’s boundaries – as a precaution to protect divers – there are many moorings nearby. Mooring spots include:

Set sail to Rhone National Park on your BVI yacht charter. Contact a broker with Worldwide Boat today to learn about itineraries, diving options, and more. We offer a variety of luxury yacht charters in the British Virgin Islands.