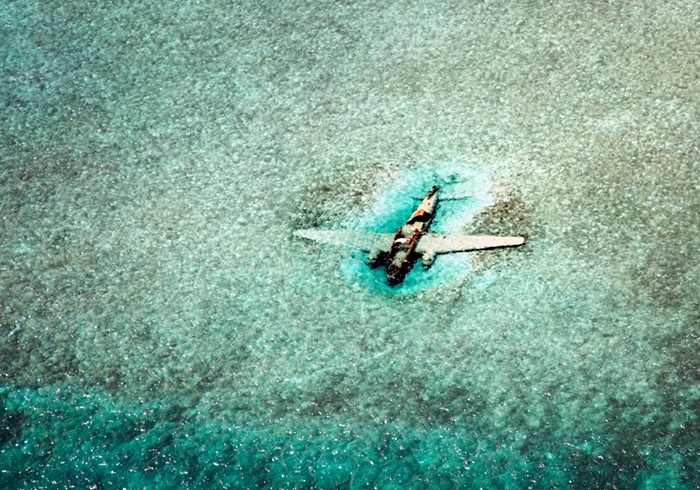 In the Exuma chain of islands in the Bahamas lies Norman’s Cay, a small cay that is only a few hundred acres in size, yet it is a very popular stop for yacht charters in the Exumas.

However, Norman’s Cay has a past that goes beyond the typical history of the peaceful Bahamian islands that dot the gorgeous blue waters. 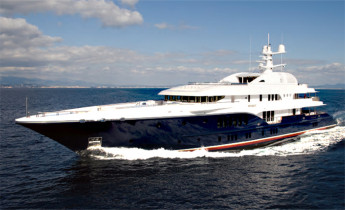 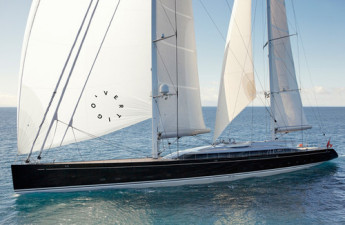 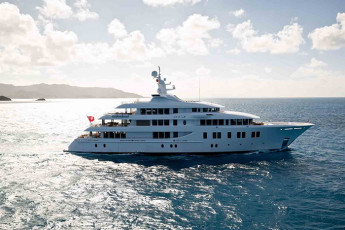 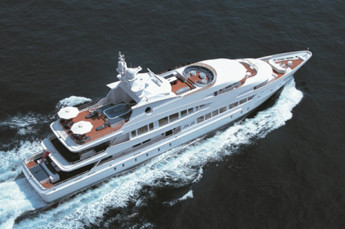 More yachts in the Bahamas

In 1978, Carlos Lehder, one of the Medellin Cartel’s most notorious members, chose the small island as the center of his drug-running operation. He built his home there and began buying property, where he developed a hotel and a 3,300-foot airstrip. As Lehder expanded his operations, the locals began to leave the island, mostly out of fear. Armed guards with attack dogs began patrolling the beaches to scare off approaching boats while men carrying machine guns warded off uninvited aircraft which attempted to land without permission. Lehder soon had complete control of the island and had developed a method of smuggling large shipments of cocaine into the United States.

Rather than relying on individuals to attempt to sneak the drugs into the country, planes would fly from Colombia and stopover on Norman’s Cay before heading to the States. Thanks to his financial support, many political leaders in the Bahamas looked the other way. In 1982, the Bahamian government started looking into Lehder’s illegal activities. He was arrested in Colombia in 1987 and sent to trial in the United States.

The shady, yet exciting, history has caused quite a lot of publicity, in the form of books and film, but it didn’t take long for Norman’s Cay to return to a peaceful island filled with yacht charters and friendly faces.

There isn’t much to see and do on Norman’s Cay, which is exactly why locals and yacht charter guests love it. It’s the perfect spot for disconnecting from the world and relaxing in the sun.

Things to Do on a Yacht Charter in Norman’s Cay Yacht charter guests are intrigued by the small island’s storied past, which includes an infamous plane crash in the 1980s. One of Carlos Lehder’s drug-running planes crashed in four feet of water while attempting to land. The small plane is now a fantastic spot for snorkeling and popular with yacht charters. It is home to spectacular marine life, including colorful fish and some turtles, and you can swim through the cabin into the cockpit.

Saddleback Cay beach is a secluded, unspoiled spot that can only be reached by boat. Located on the north edge of Norman’s Cay, it is the perfect spot to swim, sail and sun in a tranquil setting. A small dock just out into the calm azure waters, surrounded by white sand and coconut trees. While off the grid, the Norman’s Cay Beach Club is nearby.

Nearby is Ships Channel Cay, a lush, green island surrounded by some of the bluest water and softest white sand you’ll ever see. It’s another spot for those craving a peaceful, idyllic escape.

Located around Shroud Cay, just south-southeast of Norman’s Cay is the Exuma Cays Land and Sea Park. Founded in 1958, this nature preserve was the first established marine fishery reserve in the Caribbean. Measuring 176 square miles, it features spectacular anchorages and vivacious sea life. It is home to many sea birds, and to the Hutia, the only native terrestrial mammal in the Bahamas. 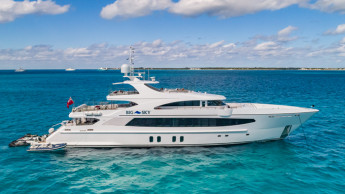 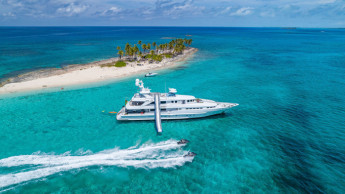 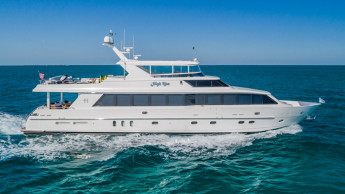 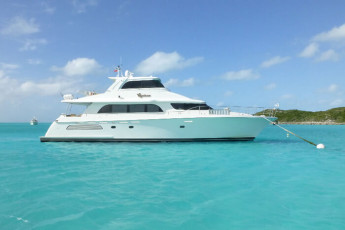 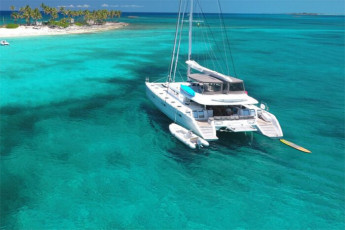 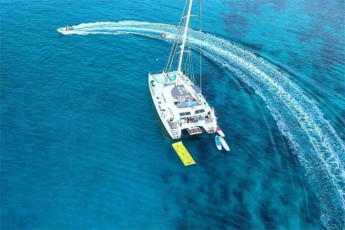